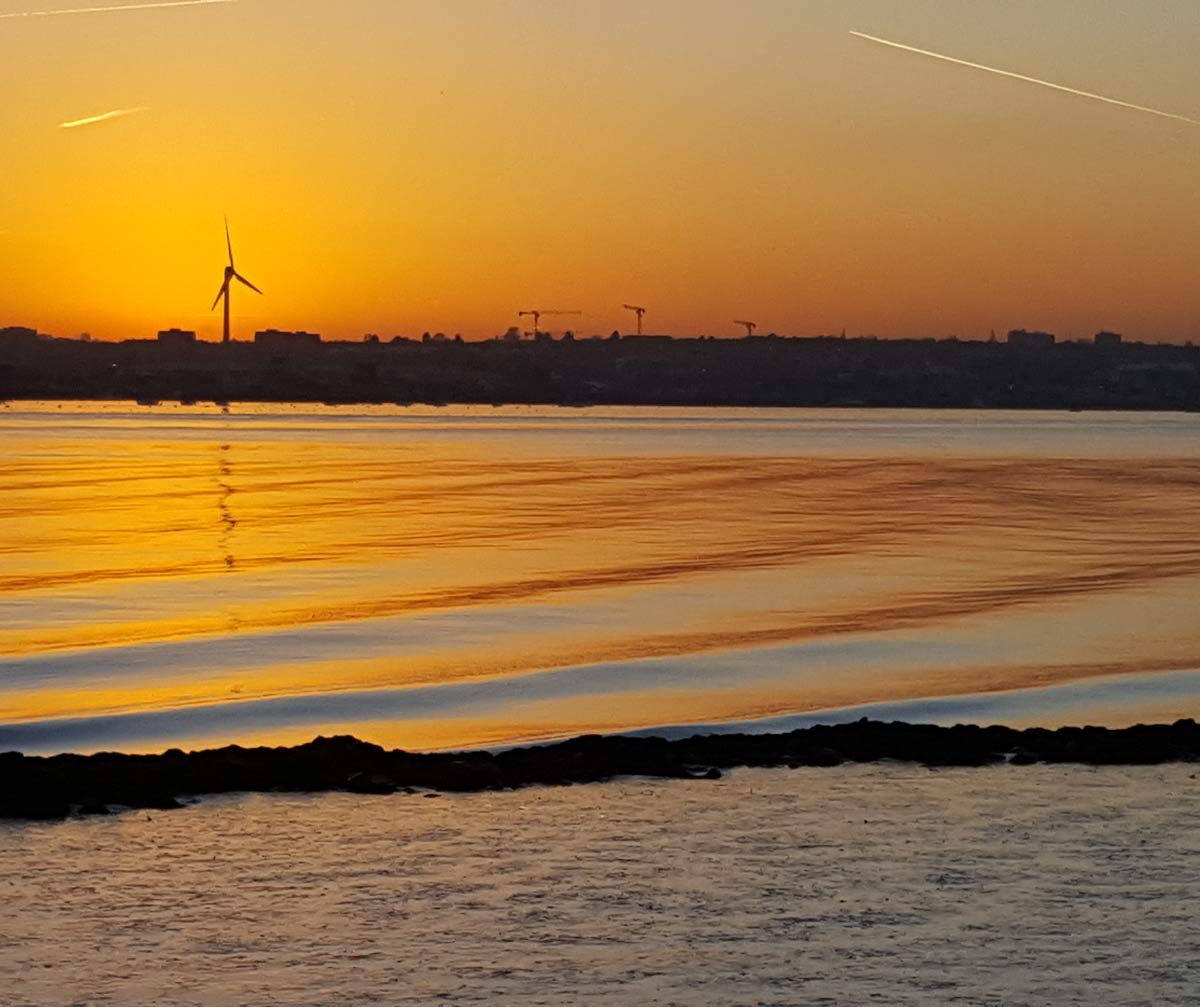 On a gorgeously sunny, bitterly cold day right after Christmas, we headed off to Rainham Marsh.

Set smack on the Thames, it’s the RSPB’s only site in greater London.

We’d heard there were owls at Rainham and the short winter days were the best time to see them. And thanks to Harry Potter’s Hedwig we’ve got a bit of thing about owls.

Swooping in all their glory towards us in the late afternoon sun, just 50 metres or so from the river.

Plus an unbelievably friendly heron, a magnificent marsh harrier, a super chatty stoney chat, great flocks of lapwings and visiting ducks and geese from Scandinavia and much, much more. 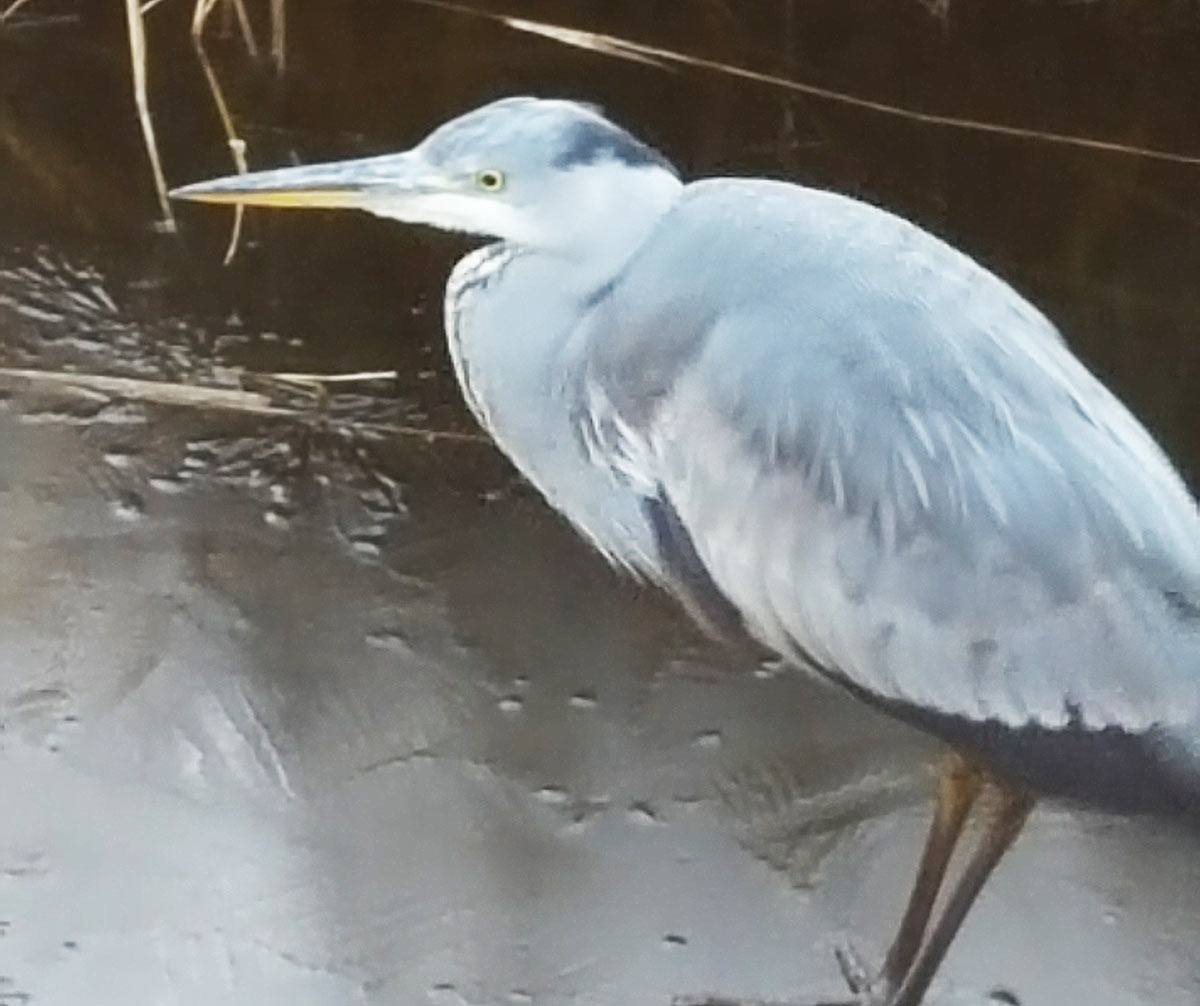 All in all Rainham Marsh was a lovely day out.

The setting next to the big bend in the Thames just before the Dartford crossing is not pretty, pretty – the Eurostar runs right behind the marsh – but it is very cool, if in a rather scruffy, wild sort of way.

Not least because the Thames is so much wider than in the city. It barely seems the same river. 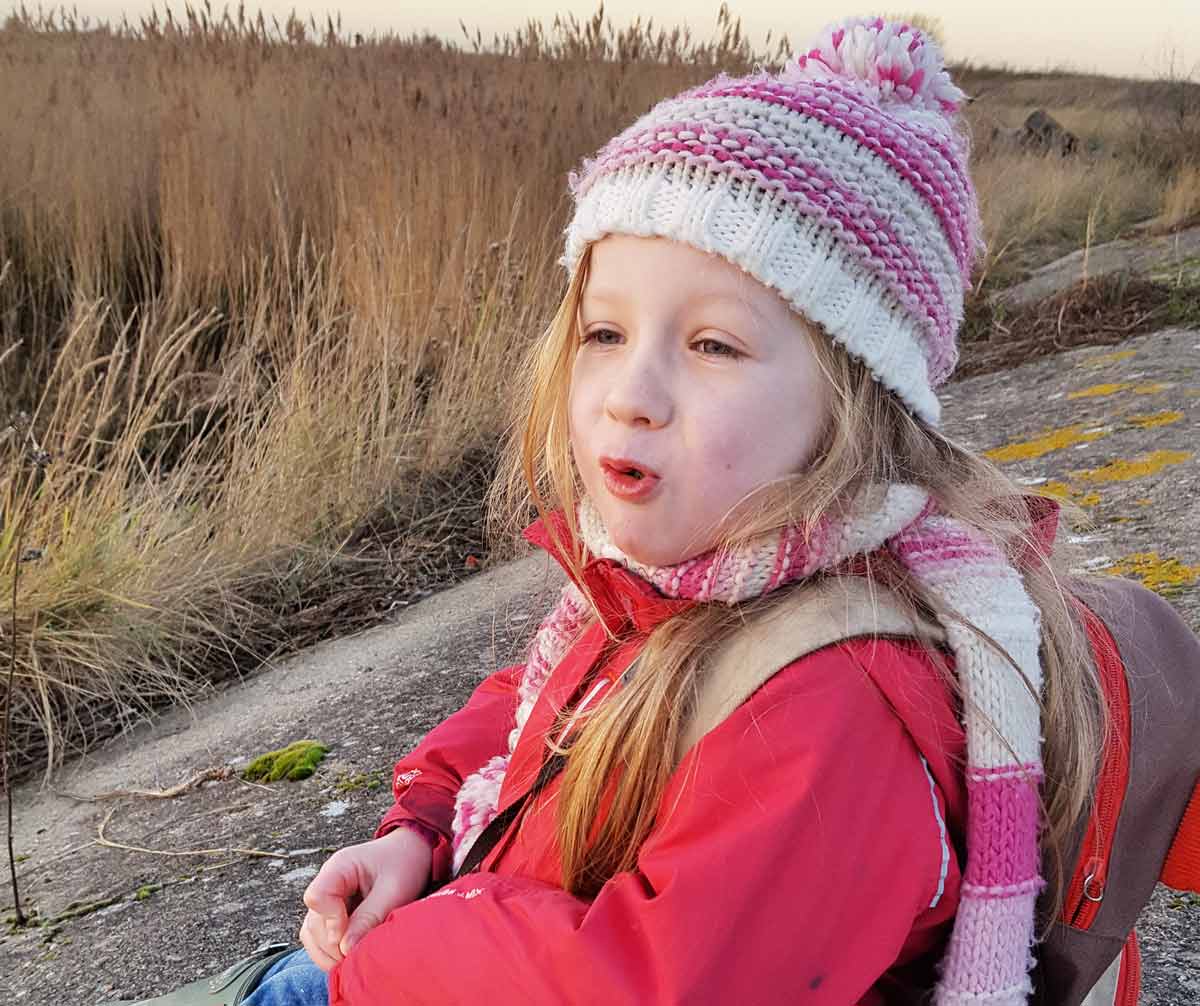 Despite the bitter cold we ended up staying over 5 hours.

Partly because we decided we wanted to eat the remains of our picnic watching the sun go down over the Thames – it was stunning! – but also just because there was lots to see.

Various friendly bird spotters took us “under their wing” (hmm, hmm!) and showed us the best places for seeing the owls and pointed out the marsh harrier. 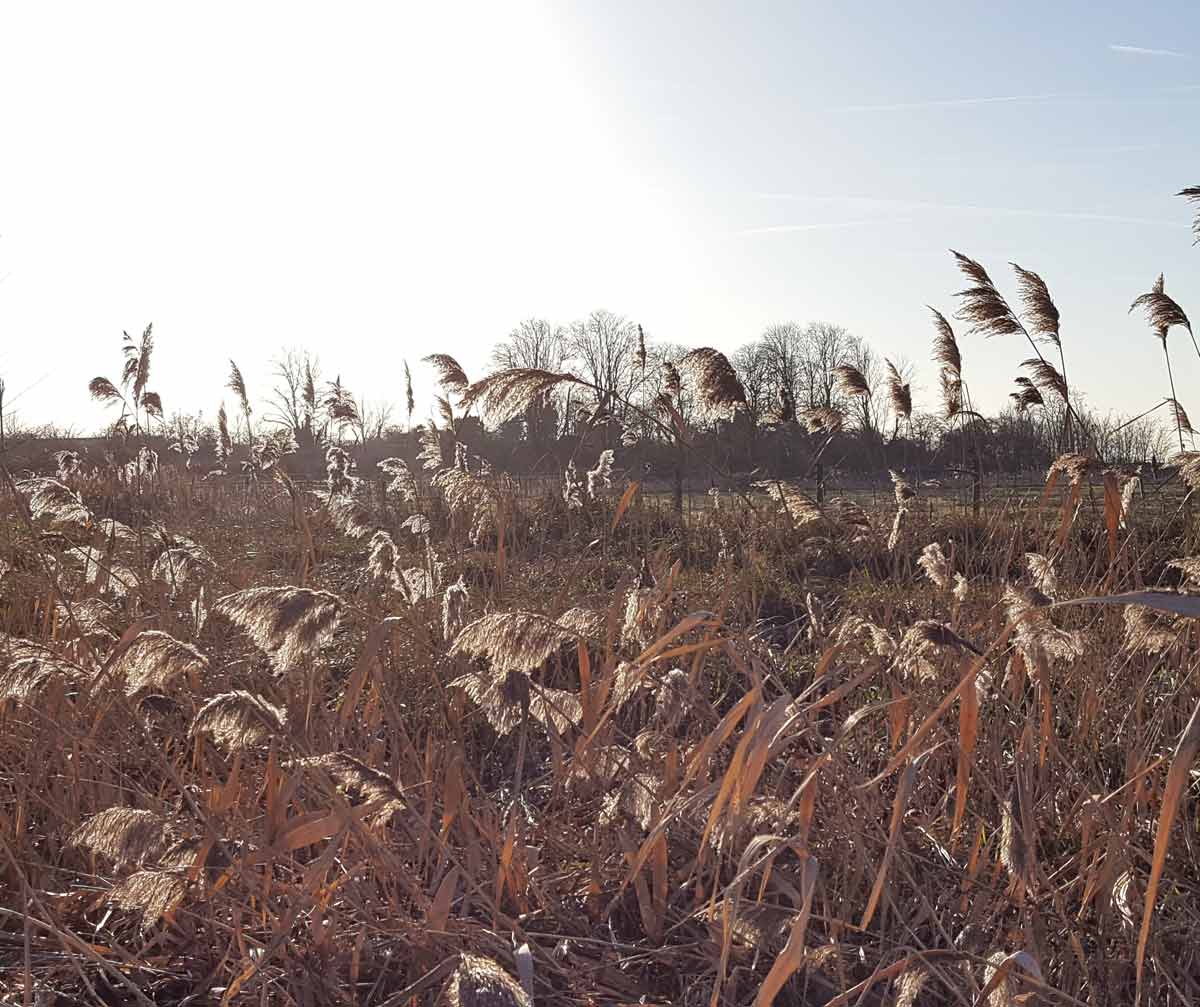 Even if you’re not a great bird spotter yourself – we’re not – you can still really enjoy Rainham Marsh.

The RSPB centre runs family events all through the year. Plus there’s a small adventure playground for littler kids and you can hire bikes to get round. 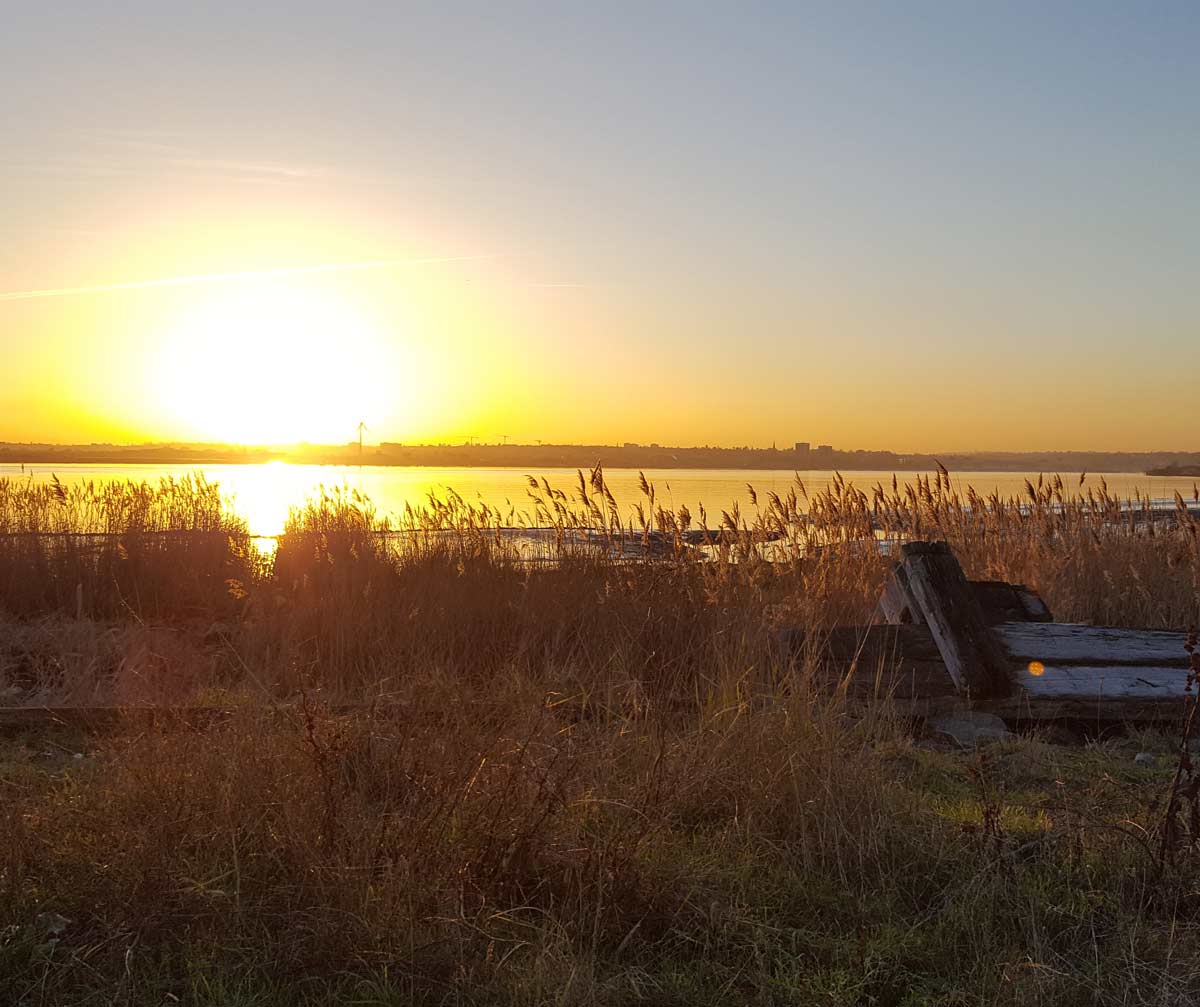 We took the train from Fenchurch Street to Purfleet. It takes under 30 minutes.

It’s then a 10 minute or so walk from the station.

Cross over the level crossing and keep going along the London Road until the Royal Pub, then follow the brown footpath signs along the river to Rainham Marsh RSPB.

A little foot bridge takes you over the creek to the RSPB centre.

We took a humungous picnic but there is a cafe on site.