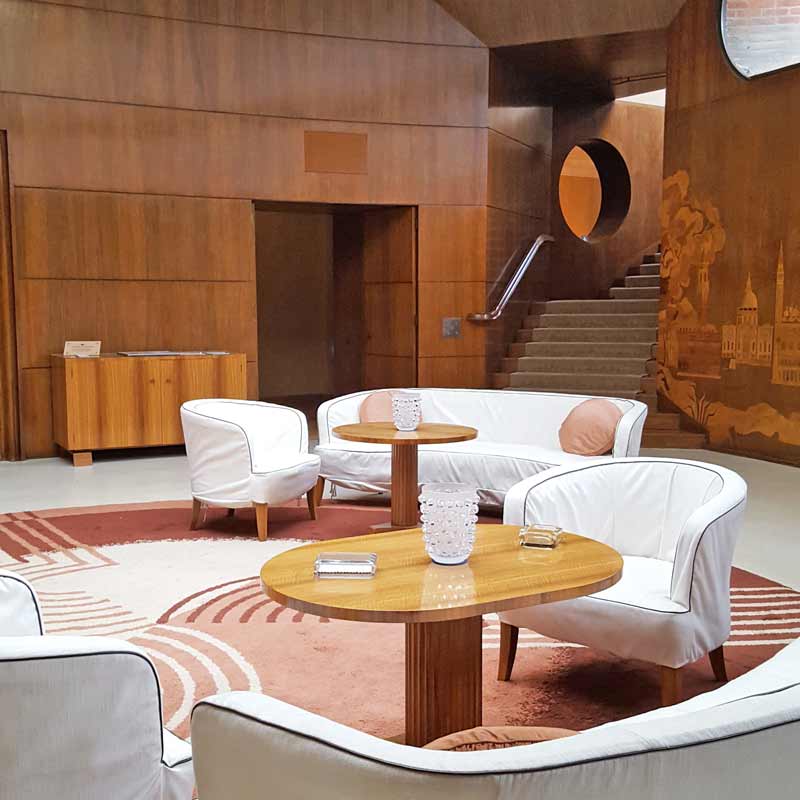 Eltham Palace is one of south London’s best days out.

In fact, you know what? Scrub that.

It’s one of London best days out. Full stop.

Not least ‘cos you get two palaces for the price of one. 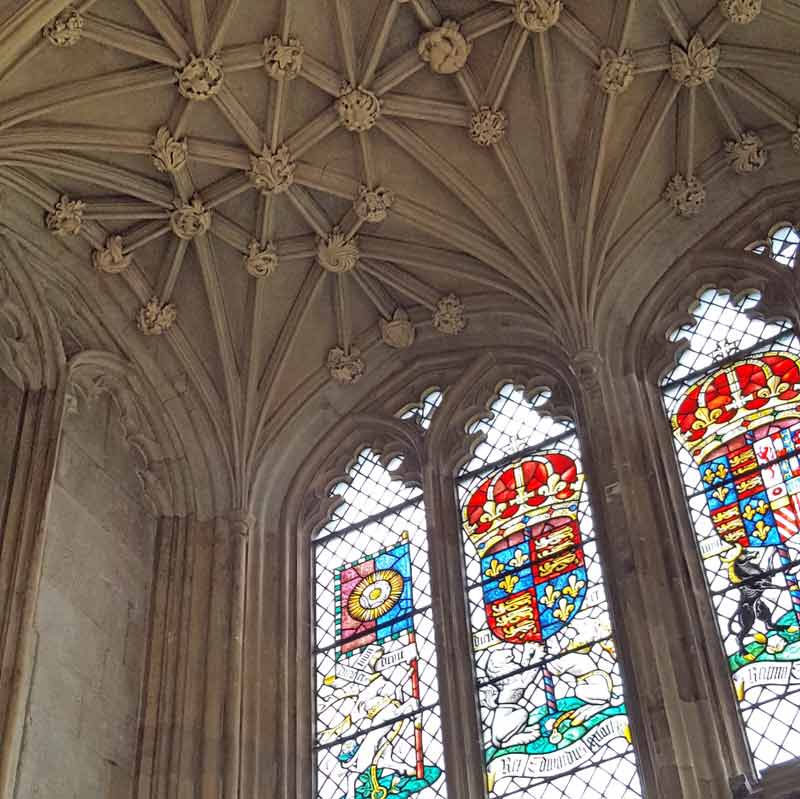 Built by the zillionaire Courtauld family.

And both parts of Eltham Palace are great fun for kids to explore.

The Courtauld’s mansion is like something from a 30s film.

To the glitz and glamour of the bathrooms. 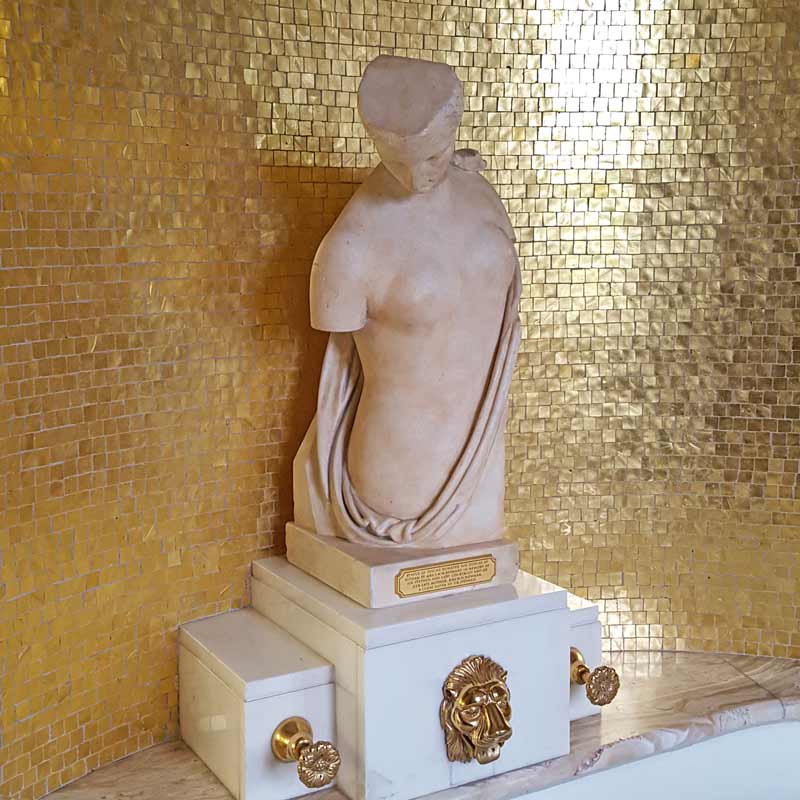 The kids enjoyed finding out all about the Courtaulds’ swanky lifestyle.

Including the family’s resident monkey, Mah-Jongg.

And the girls loved swishing about in Mrs Courtauld’s dressing room. 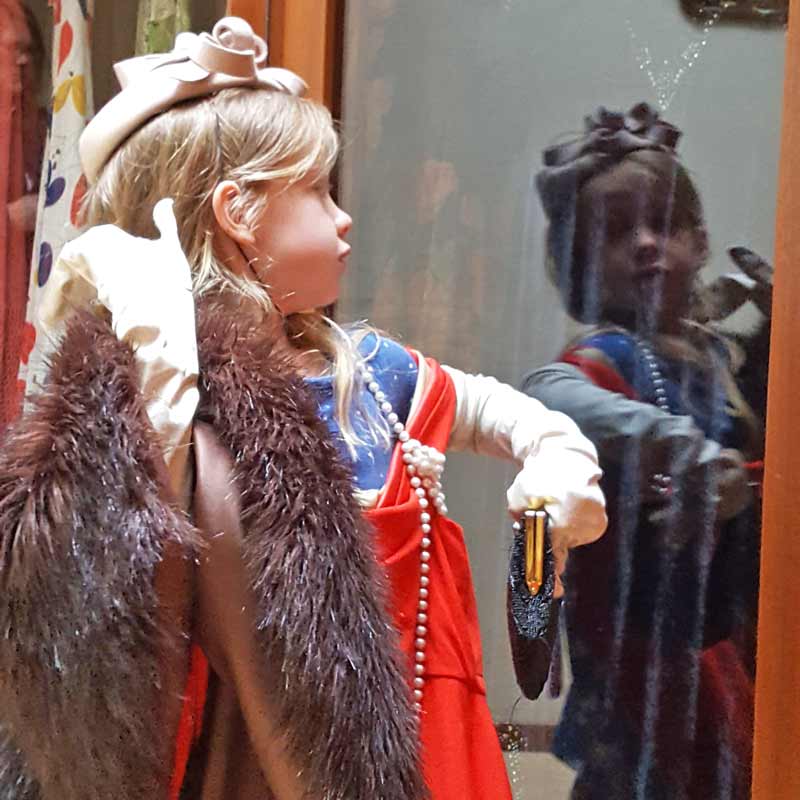 Personally, I’m not usually one for head phone tours.

But at Eltham Palace there’s a special one for kids.

And they thought it was great.

It takes you all over the house.

Even down into the cellars –

with their centralised vaccum cleaner no less! 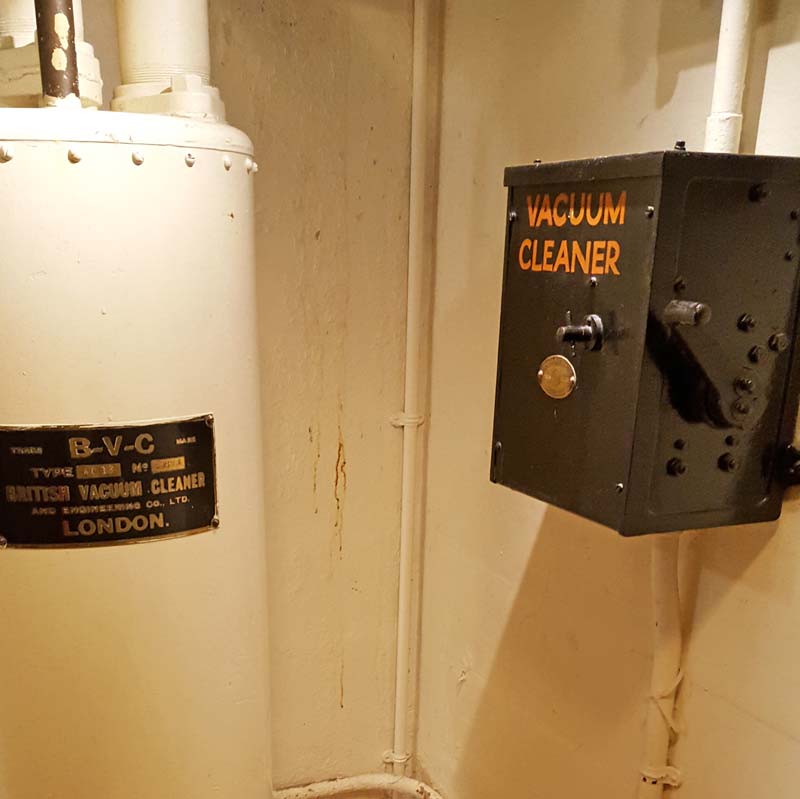 – which were used as wartime bomb shelters.

And which offer another chance for kids to dress up.

Once you’re done with Eltham’s 1930s glamour, you head into the great hall. 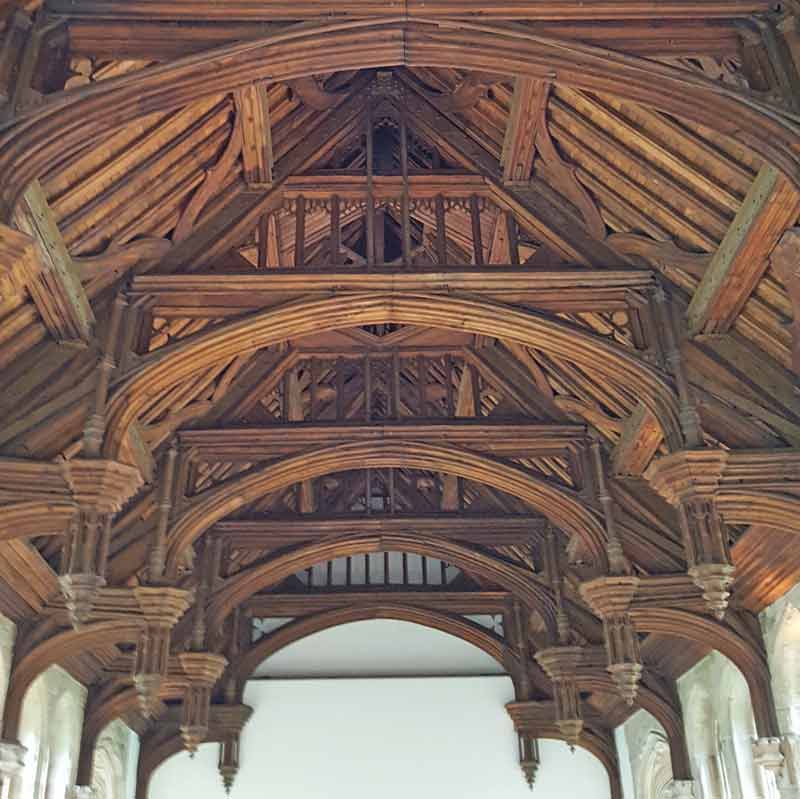 This is the main surviving part of the old Eltham Palace.

And was built by Henry VIII’s granddad Edward IV.

It must feel enormous to small kids.

And gives them a great sense of how grand the Tudor court was.

Plus there’s yet another chance to dress up. Yay!

This time as a Tudor courtier or jester. 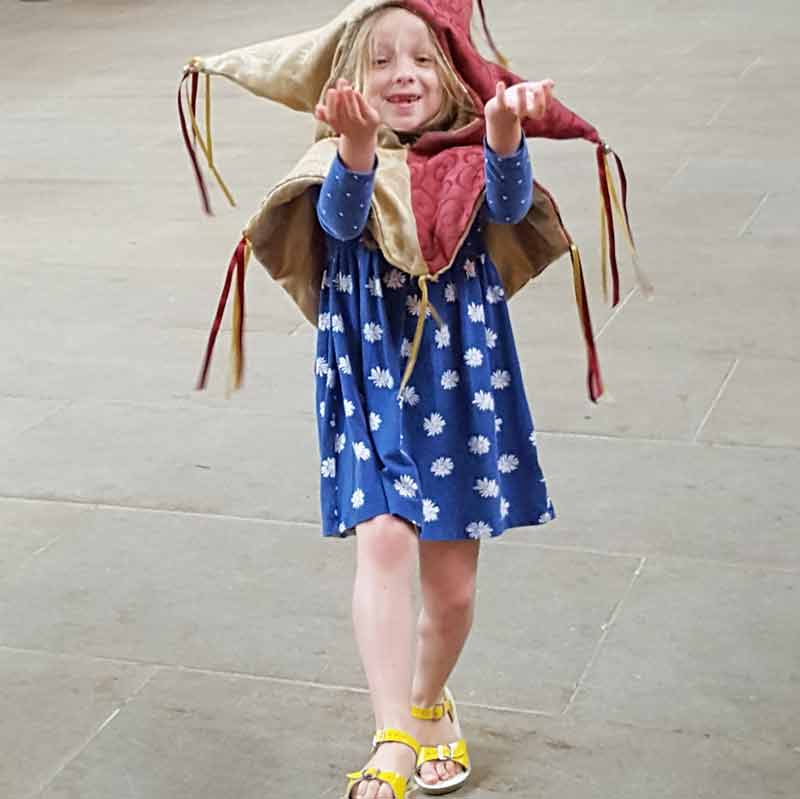 And we got so into the whole thing, that we went to two Tudor activities English Heritage had on.

First we learned how to be courtiers.

The girls got to be nobles.

The mummies were a bit more lowly! 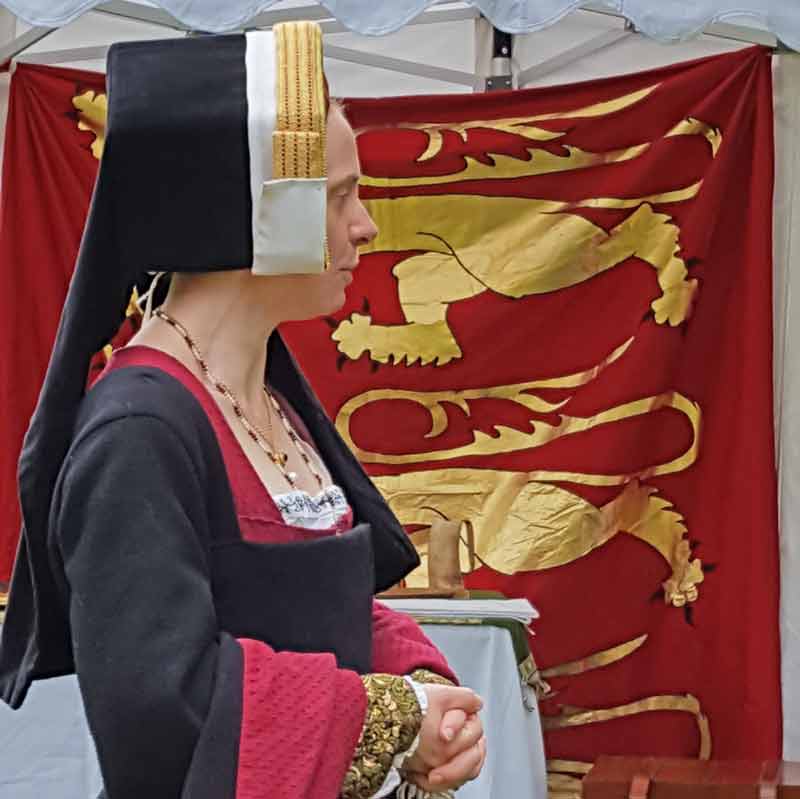 And the girls then did themselves proud in a jousting tournament.

Both activities were super simple.

And had all the kids super engaged. 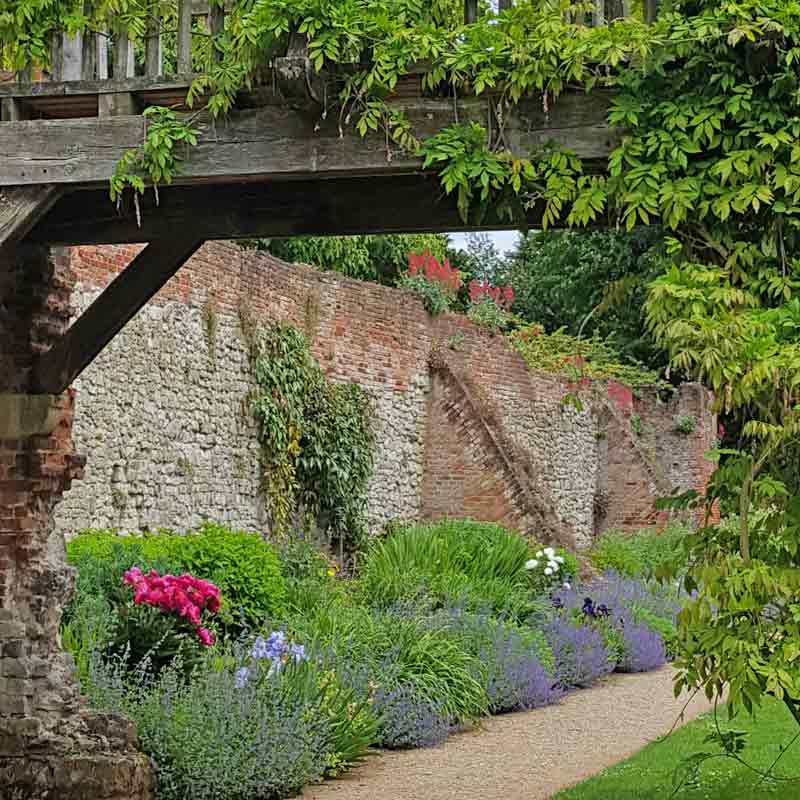 Along with the two part palace – and lots of kids activities – Eltham Palace has lovely gardens.

They are arranged round the old moat and tadpole full ponds.

And are very pretty for a picnic.

But give kids loads of space to run wild on the grassy banks of the moat.

Getting to Eltham Palace

It’s easy to get to Eltham Palace on public transport.

We took the Victoria train to Eltham and walked up the hill.

But Mottingham station is also only 10 minutes walk. 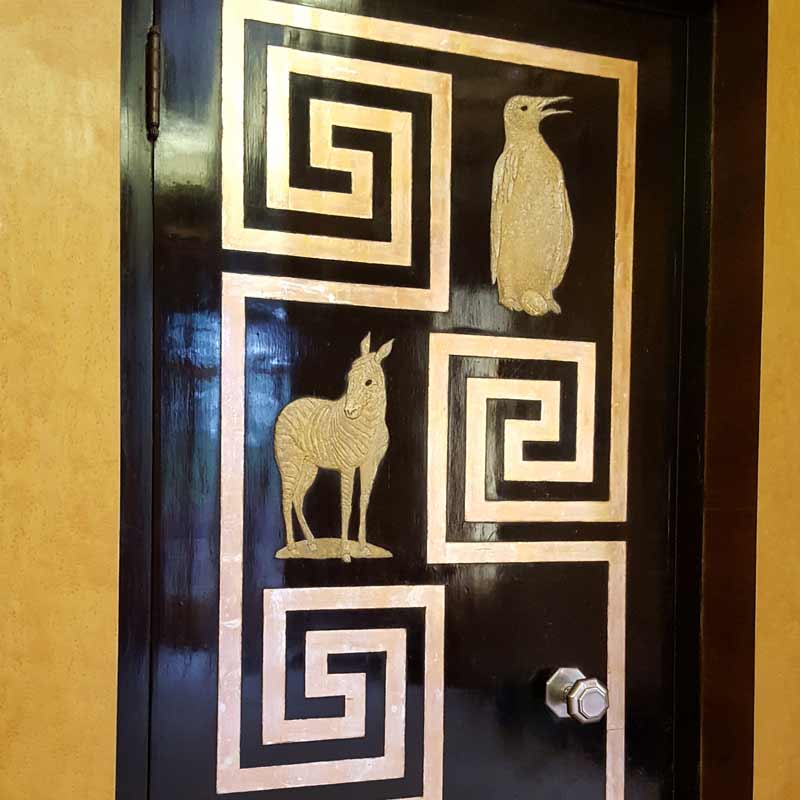 There are a number of cafes at Eltham Palace.

The one by the car park has a great climbing frame.

Alternatively, there’s an M&S and Sainsburys close by on Eltham High Street where you could pick up picnic stuff if you want to save money on your day out.

Eltham Palace is free with an English Heritage card.

Otherwise, £37 for the whole family.

Personally, I really recommend an English Heritage card. They look a bit pricey but we have totally got our money’s worth out of ours.

One final biggie to know before you visit Eltham Palace.

It’s NOT open on a Saturday.

If you make it to Eltham Palace, I hope you have a fantastic time. 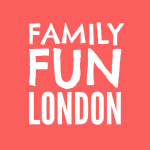 And for even more fun days out in London follow my Family Fun London page on Facebook.