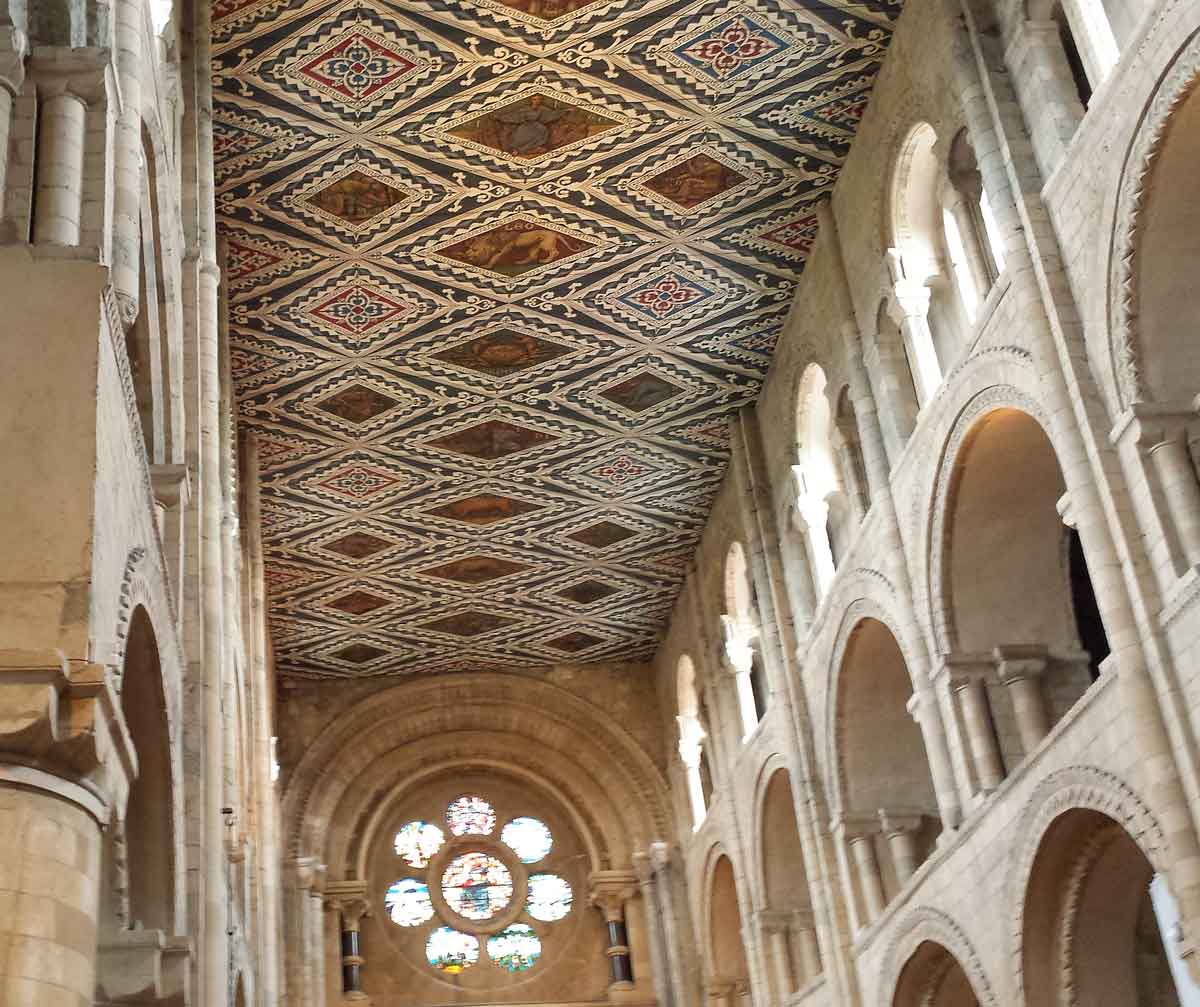 We headed out to Waltham Abbey today to in search of King Harold.

Partly in rebellion against the cost of getting into Westminster Abbey!

But mostly because we fancied exploring a bit of London we didn’t know and Waltham Abbey looked magnificent and the surrounding Lee Valley marshes lovely.

And also because littl’un is currently into everything Viking and Saxon and Norman.

King Harold built the first Waltham Abbey when he was Earl of Wessex. And his body was supposedly brought back here after the Battle of Hastings. King Henry II rebuilt Waltham Abbey in a Norman style 100 years later in penance for the murder of Thomas Beckett

The massive arches of the Norman Abbey survive in the parish church. They duly impressed the five year old with their enormous size. And she was fascinated by the horrors in a gory fragment of Doom Painting surviving in the Lady Chapel. 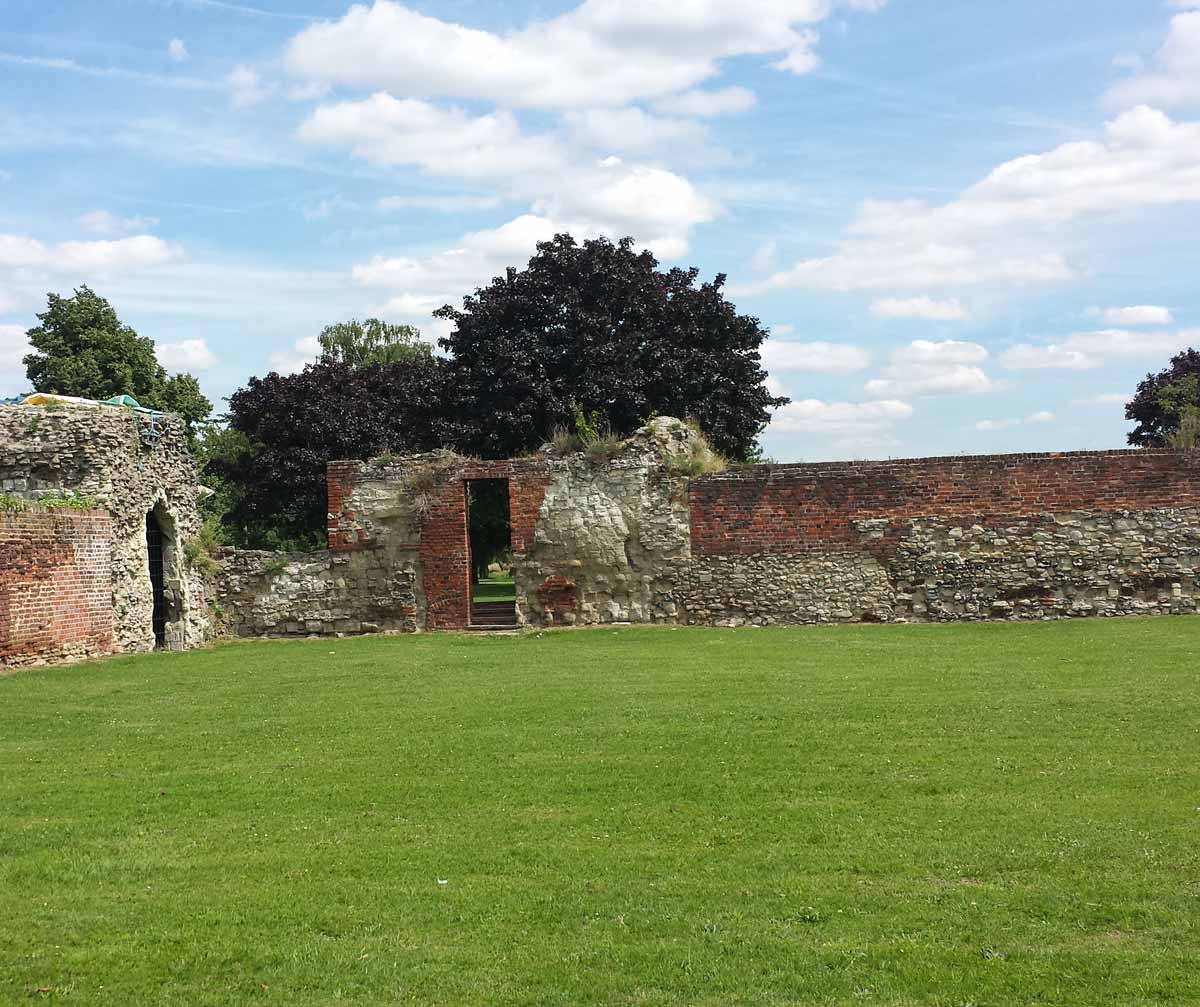 Apart from the great church there’s not much of Waltham Abbey left standing.

Don’t go expecting Fountains or Tintern! But the gatehouse and bridge and surviving walls give a sense of how big the abbey once was and the grounds by the old river Lee are very pretty and perfect for a picnic, running around and playing Forty Forty.

After munching our lunch we checked out Harold’s memorial. It is very basic.

We thought England’s last Saxon-Viking king before the nasty Normans took over, deserved something better and made up our own story in which Harold won the Battle of Hastings with a little help from a time travelling Harry Potter. 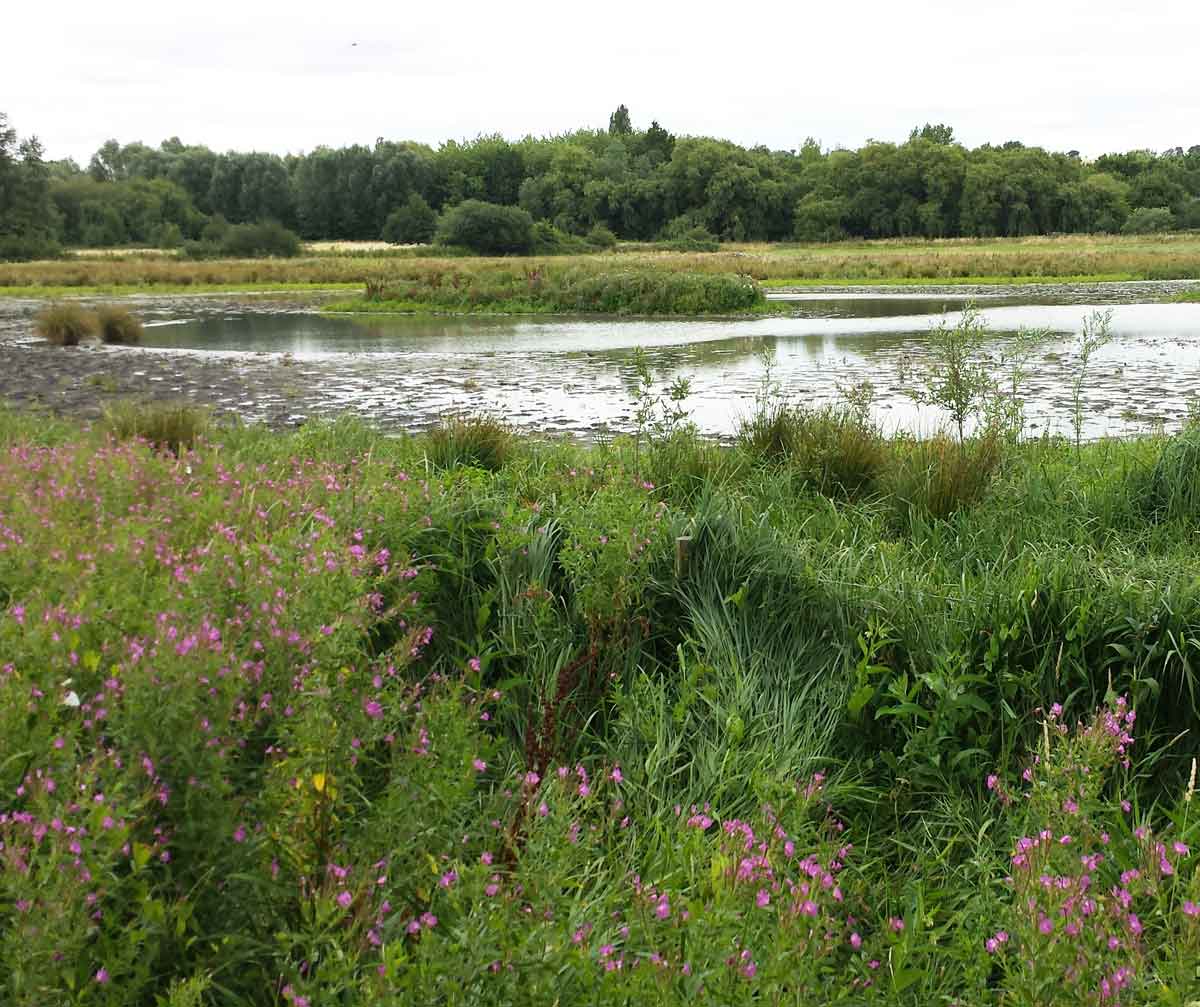 As we went to Waltham Abbey on a summer Saturday, we had to visit the church itself between weddings. So whilst one was on we headed out the back of the abbey gardens – there’s a path under the main road – into the beautiful Cornmill Meadows nature reserve.

The old marshland gives you a feel of what so much of London was once like. There’s an easy circular path to follow past some friendly cows and big ponds full of lapwings 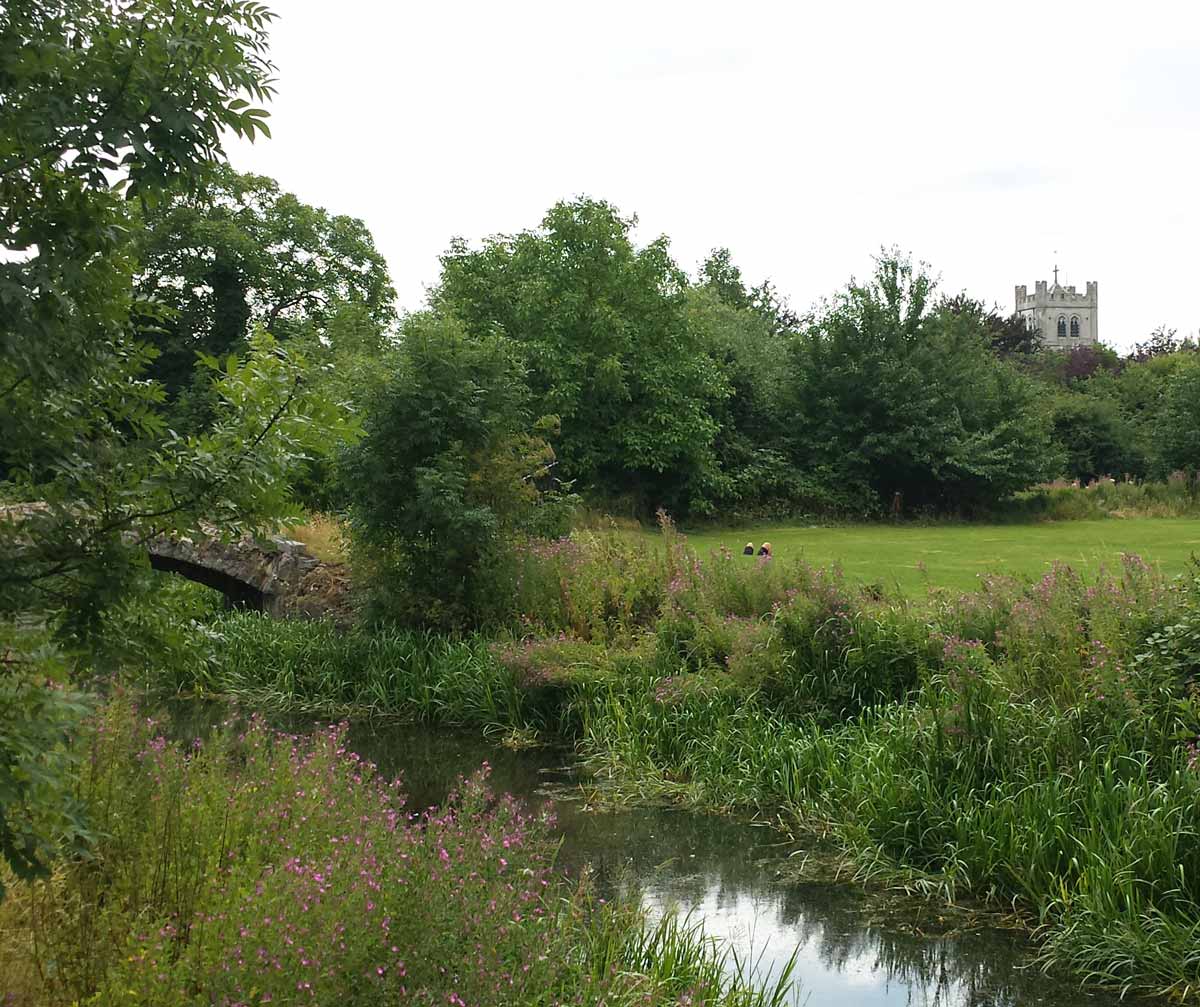 Waltham Abbey and the marsh together brilliantly combined a bit of history with plenty of running around outside. If you got to the Abbey early you could also combine with Epping Forest. Just hop back on the 66 or 255 bus to the Wakes Arm roundabout in the Forest.

We got a train from Liverpool St to Waltham Cross and a bus from the station to the Abbey.

Trains from Liverpool St go every half hour and take 25 minutes. As you come out of Waltham Cross station take Station Approach under Eleanor Cross Road (A121) and climb the steps on the other side. You’ll see the bus stop at the top of the steps. Get the 66, 251 or 255. They come roughly every 6 minutes and it only takes 5 minutes. Get off at Highbridge Roundabout and it’s then about 3 minutes walk along Highbridge St to the Abbey.

Do hope you enjoy Waltham Abbey. Do let me know if you make it out there.