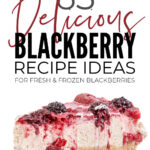 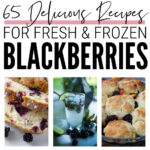 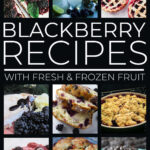 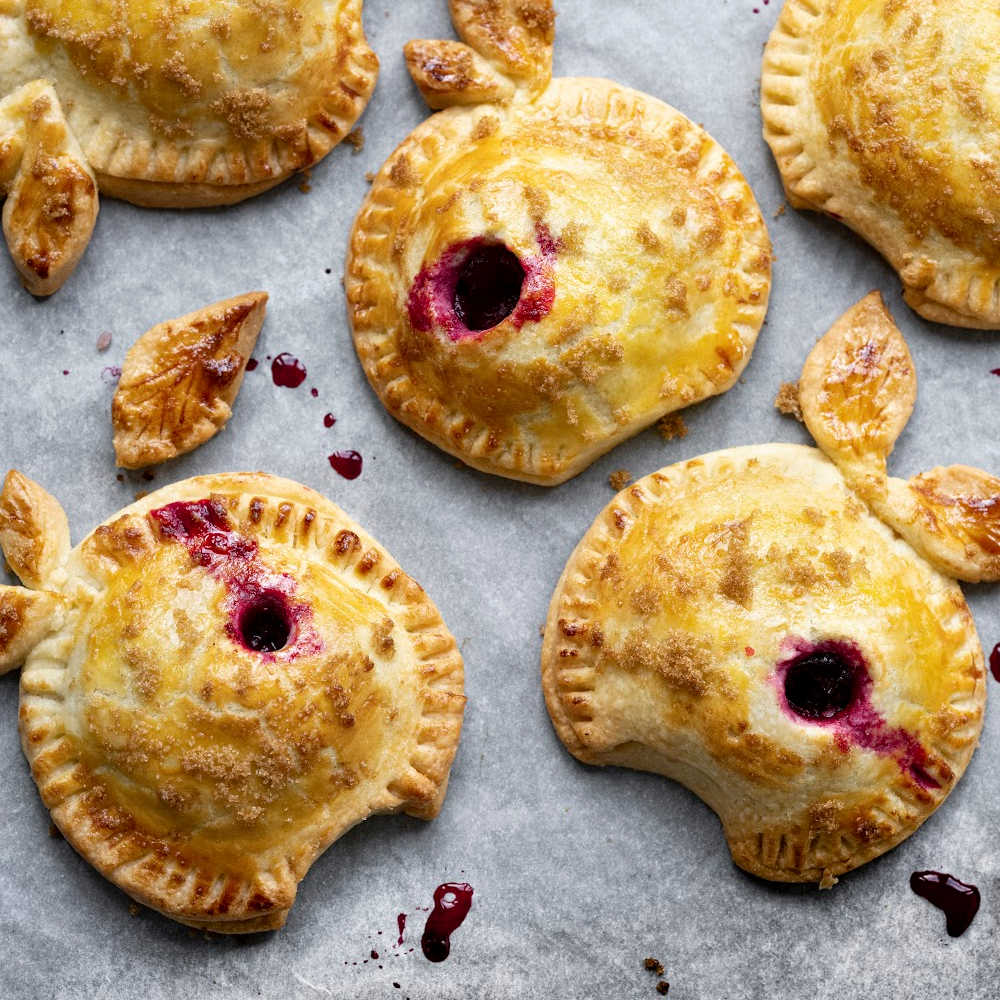 Every summer we have a glorious glut of blackberries – from impromptu blackberry picking – so I am always on the hunt for great new fresh and frozen blackberry recipes.

So if you’re wondering what to do with lots of blackberries and are on the hunt for great traditional and unusual blackberry recipes for both indulgent and healthy blackberry desserts then do bookmark this big guide to brilliant fresh and frozen blackberry recipes.

There truly is something utterly delicious here for everyone. 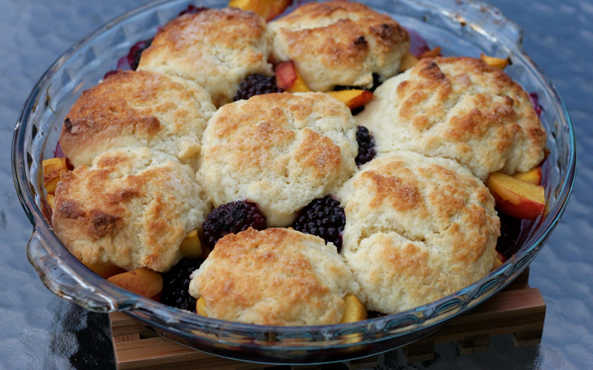 A good old blackberry cobbler is great both when you’ve lots of blackberries and when you’ve just got a small haul left over.

There’s a bit of debate about ideal cobbler toppings. Some people like it biscuity, others cakey and traditional folk like me prefer it in between so I’ve got three blackberry cobbler recipes for you to cover all the bases:

All three recipes are equally good with fresh and frozen blackberries. 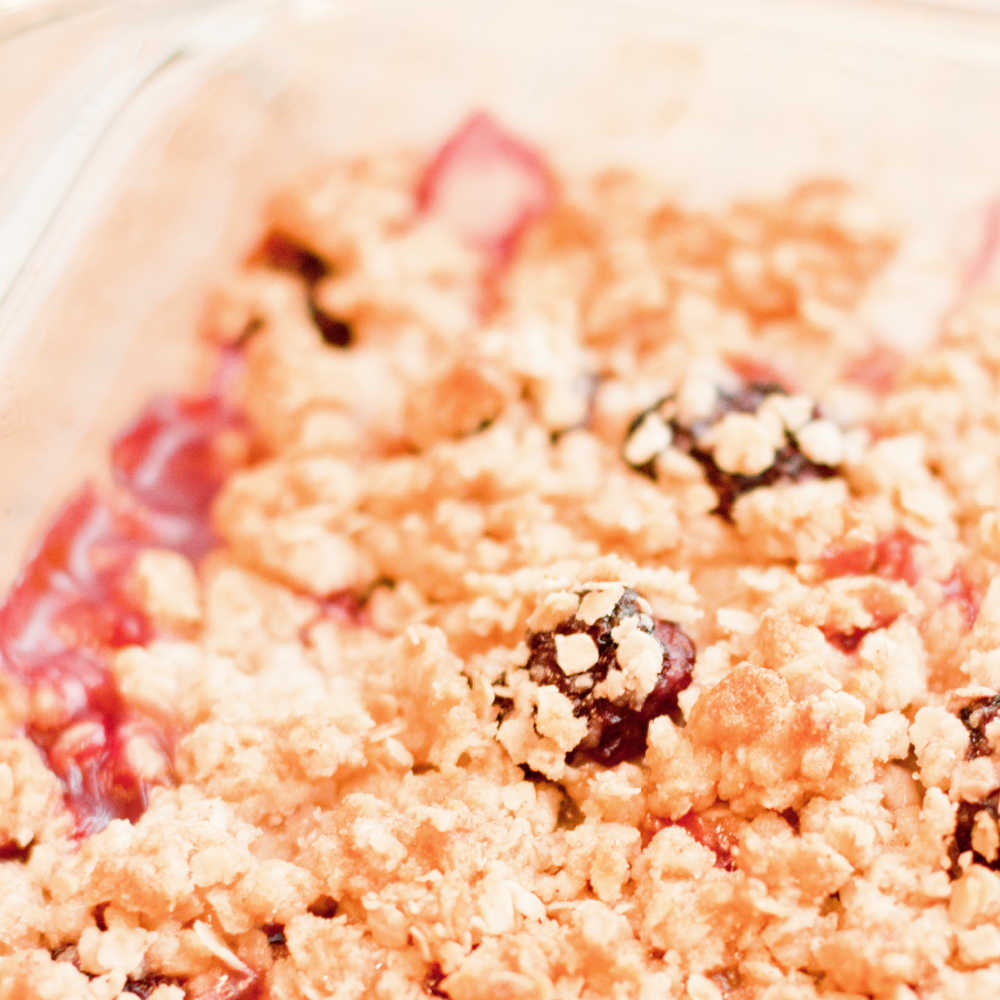 Blackberry crisp has to be the easiest blackberry dessert. You can chuck it together with fresh blackberries even when frazzled after blackberry picking or with frozen blackberries snatched from the freezer : 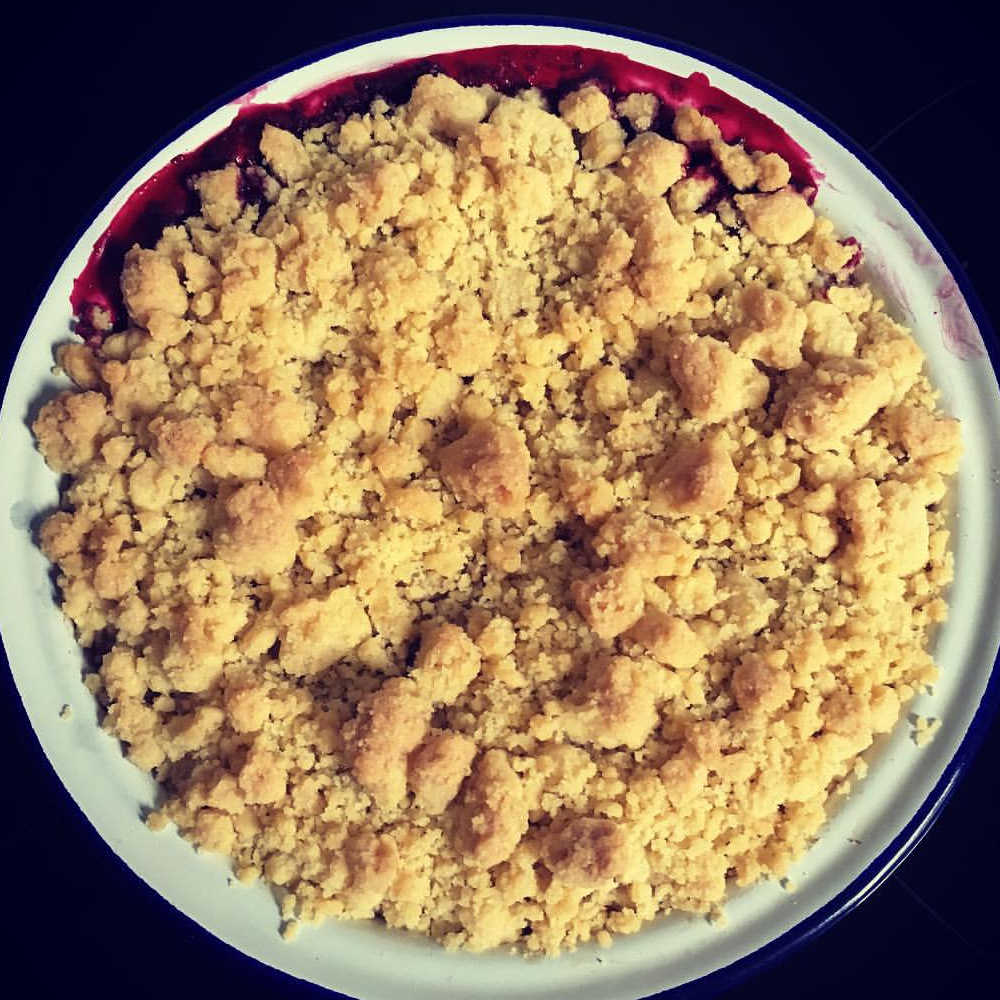 What’s a crumble and what’s a crisp is an endless debate between Brits and Americans but who cares, these blackberry crumble recipes are easy & yummy and some a tad unusual : 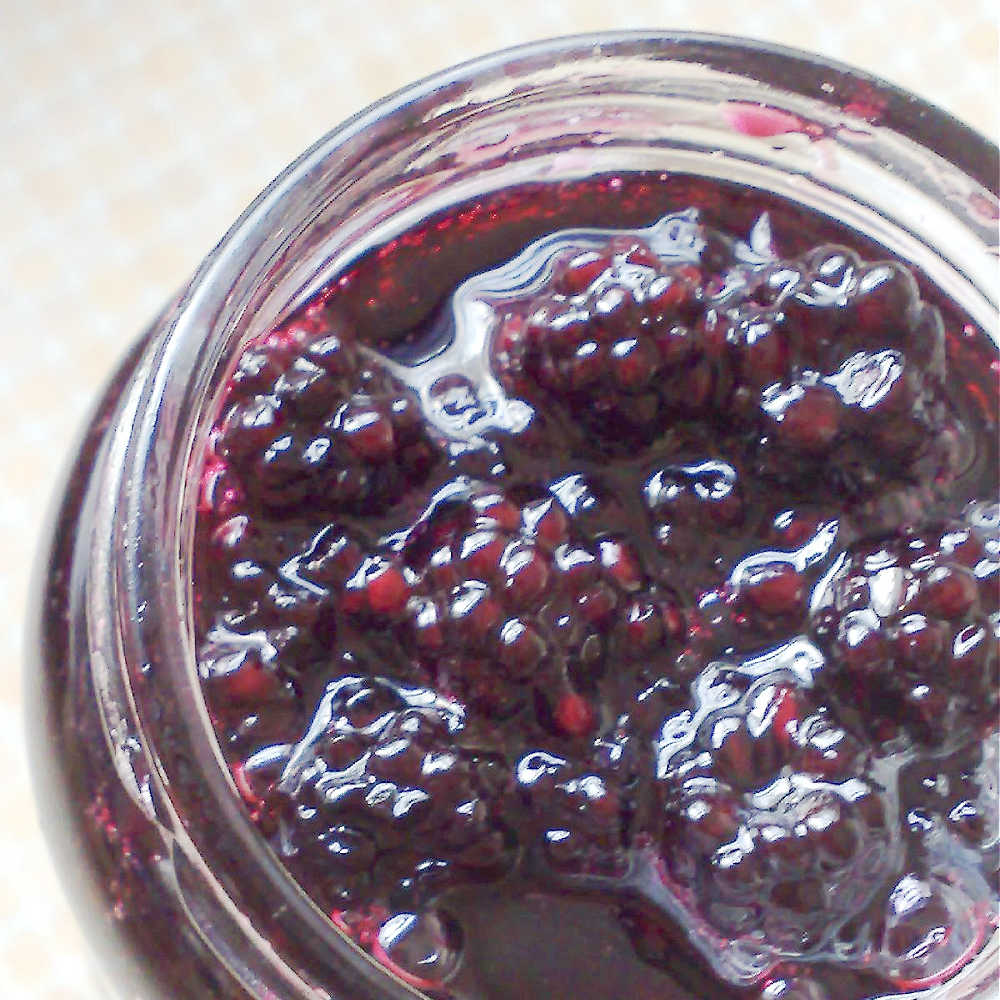 Long afternoons blackberrying are some of my most perfect memories of childhood, but I wasn’t the one racing to make jam when we got back!!

Luckily, I have now discovered that blackberry jelly & jam is just as good with frozen blackberries so if you’ve got lots of blackberries from a day’s picking do chuck them in the freezer for jelly making on another day.

If you are making blackberry jelly to store in the fridge and eat pretty quickly you can be pretty free and easy with sugar levels and setting temperatures but if you have got lots of blackberries and want to store blackberry jelly for the year ahead check out this post on : 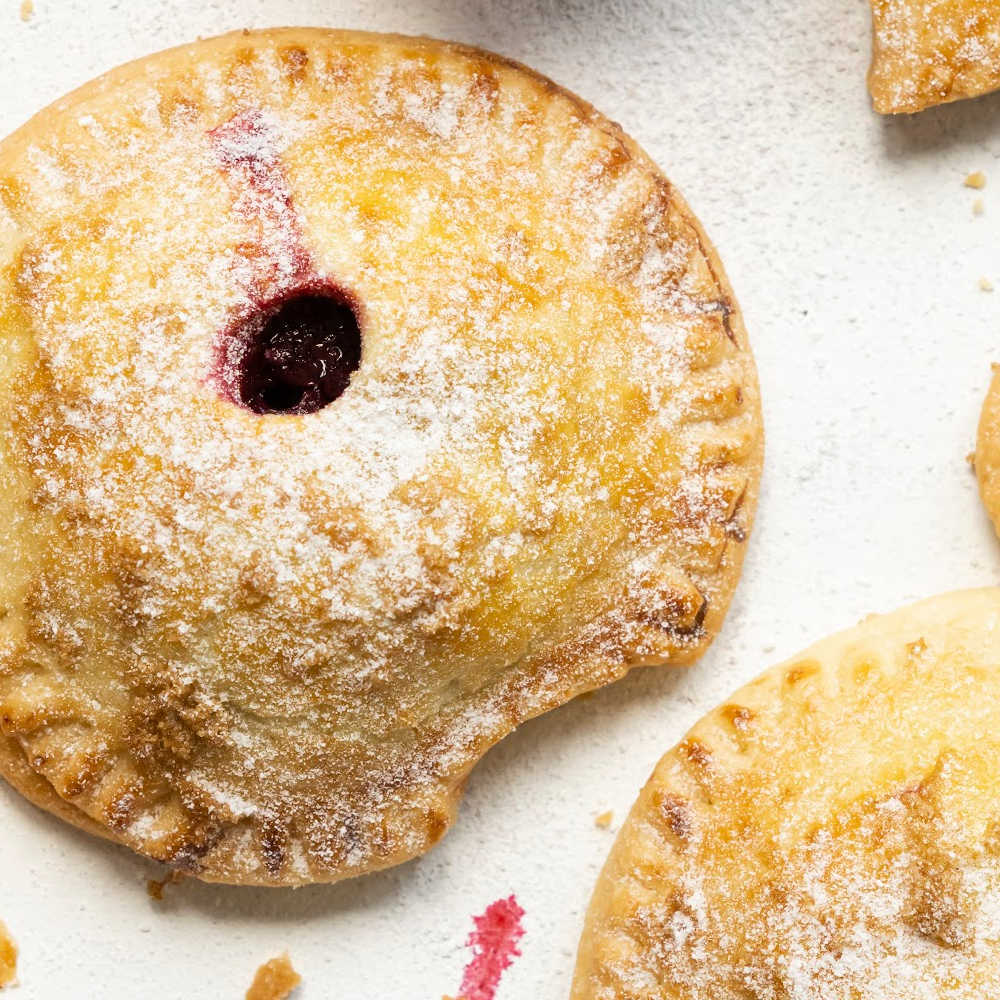 Sometimes when we’re juggling too much a pie can seem a bit of an effort but you can make super quick blackberries from both frozen blackberries and frozen pastry. 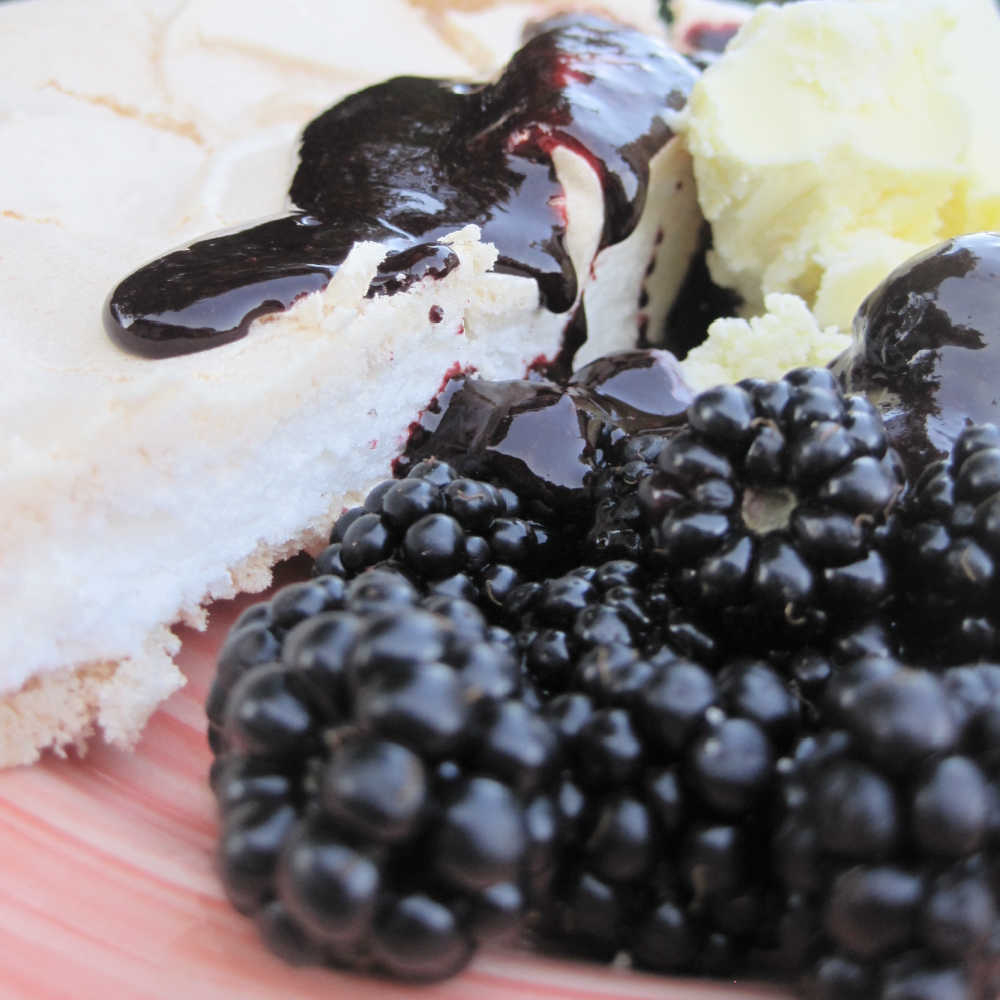 Tangy blackberries go wonderfully well with sweet, creamy desserts. I truly think you could take any cream dessert recipe you love and add blackberries to it and will work but otherwise try some of these amazing blackberry dessert recipes. They are not all easy – or healthy – but they are luscious!!

And if you want an unusual blackberry dessert that borders on savoury try this lovely blackberry goats cheese tart. It’s not simple but if you’ve got some time worth a try. 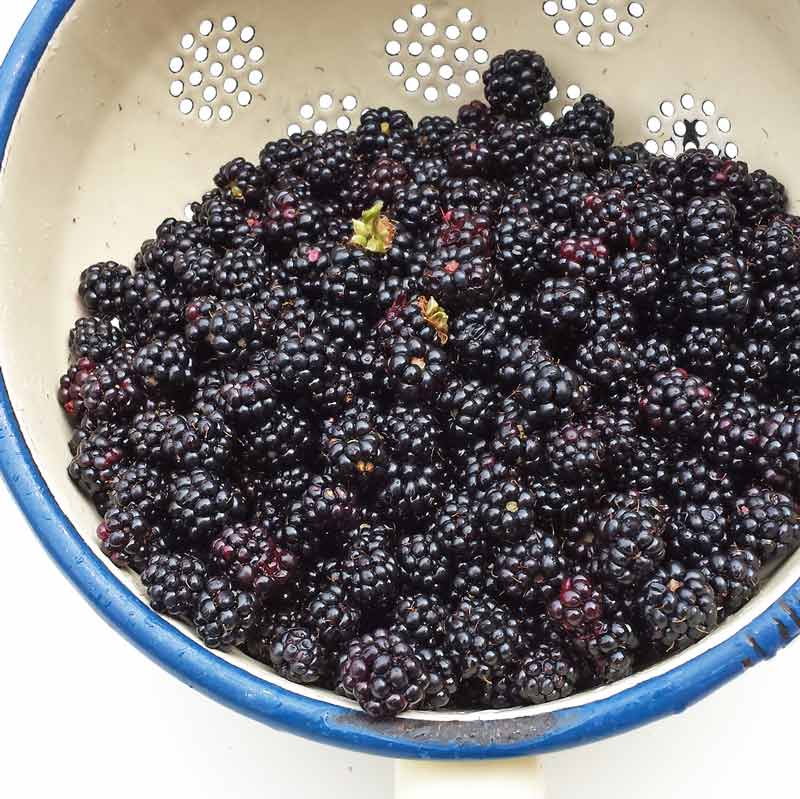 Blackberry desserts are wonderful in the summer but if you’re picking them early autumn when the weather is turning then they are beautiful in real old stomach warming British pudding : 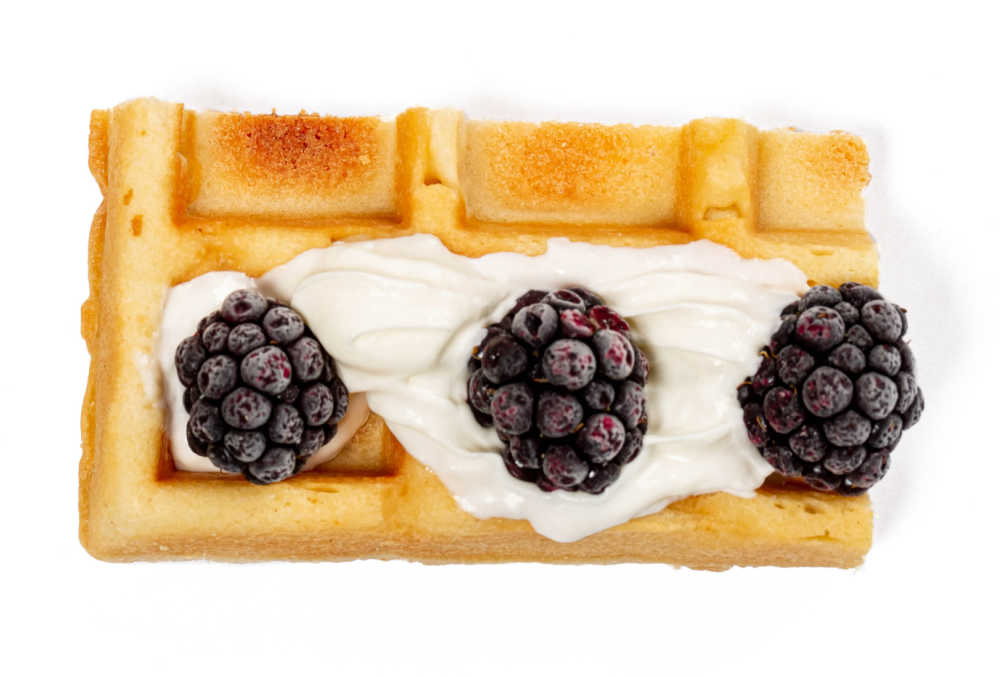 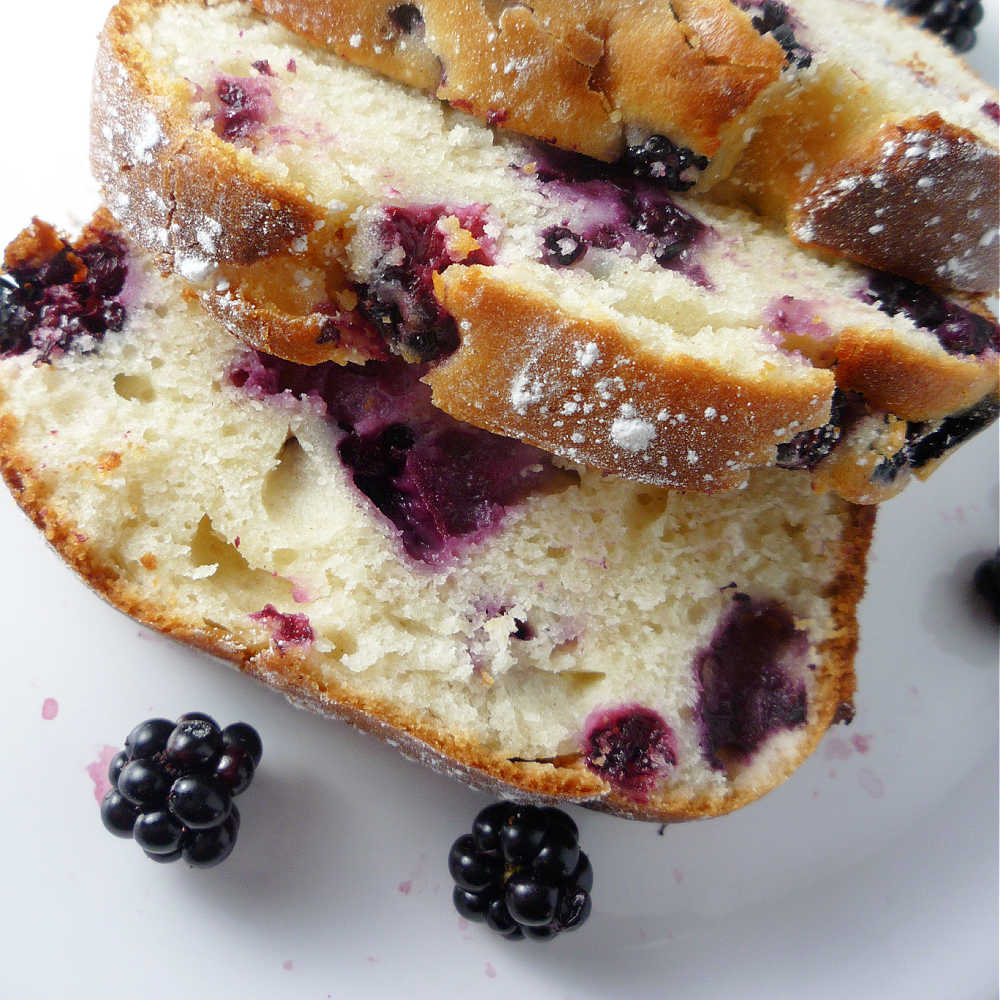 These blackberry cake recipes are brilliant if you’re looking for even more ways to use up a lot of blackberries but most of them also work if you’ve only got a small haul from blackberrying. 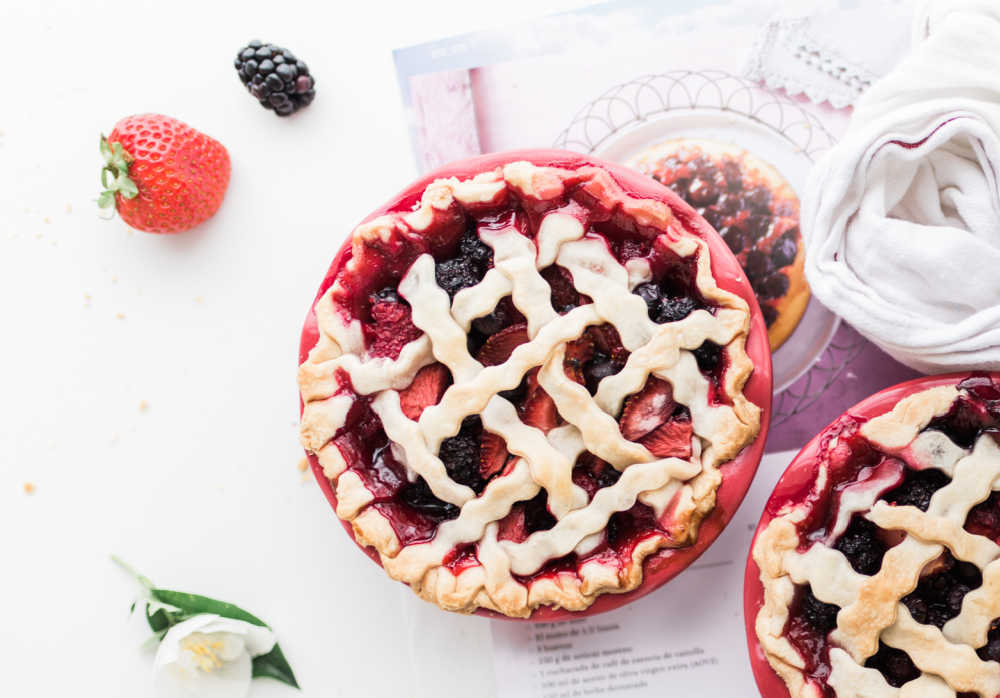 These blackberry cookie & bar recipes are brilliant if you are after snack and lunch box friendly blackberry ideas you can take on picnics, outings and to the beach. 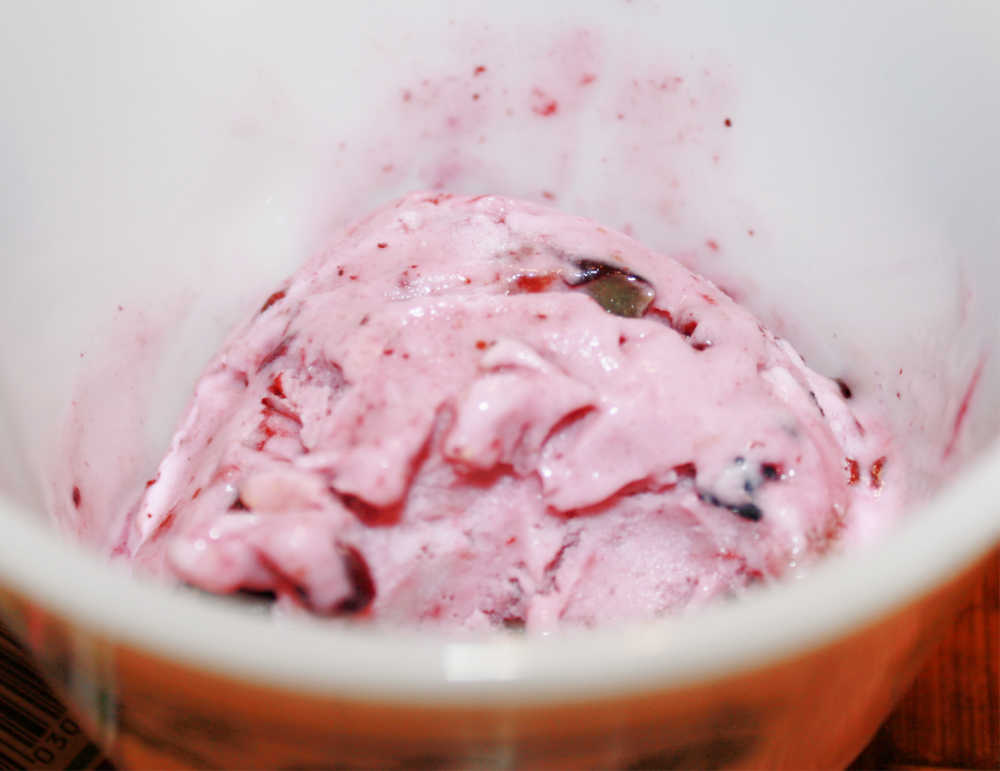 On scorching summer days blackberries are at their best in chilled and frozen blackberry recipes like these:

And there you go, a massive guide to the best fresh and frozen blackberry recipes for everything from blackberry cobbler and blackberry jam to blackberry ice pops that will give you loads of both traditional and unique ideas for what to do with lots of blackberries this summer.

Do bookmark and save for later. And enjoy!