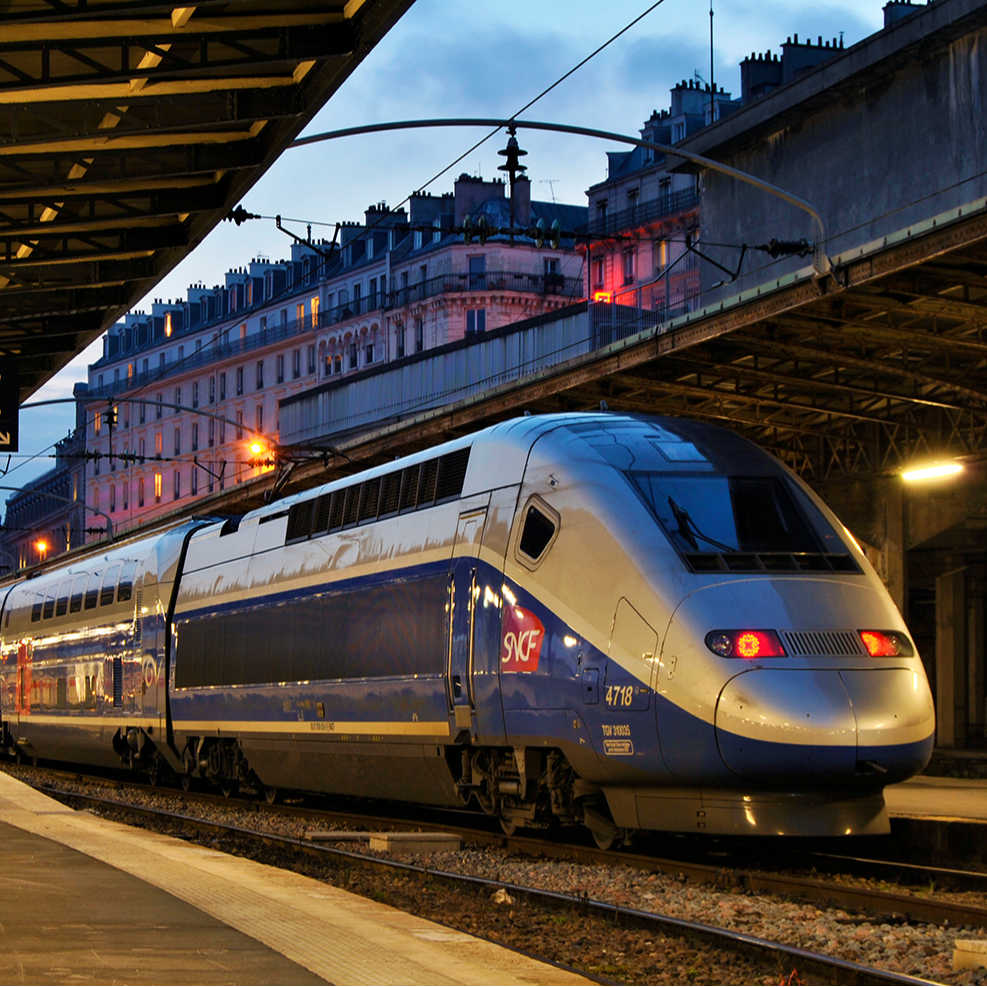 We all want to cut out carbon emissions right?

And we all know that choosing the train over the plane is one of the biggest ways we can all slash those emissions this year. But we’ve got this idea it’s complicated and expensive and slow. And we’re not even sure how to go about booking tickets for international trains.

Travelling by train in Europe can – if you know just a few simple tips – be really easy and surprisingly good value.

So to help you on your way cutting your carbon emissions by choosing the train to travel in Europe this year, I’ve put together a list of my must know train travel trips.

These will get you started so do save for later. Then follow me on Twitter and Pinterest for more ideas for weekend breaks, family holidays & great adventures by train. 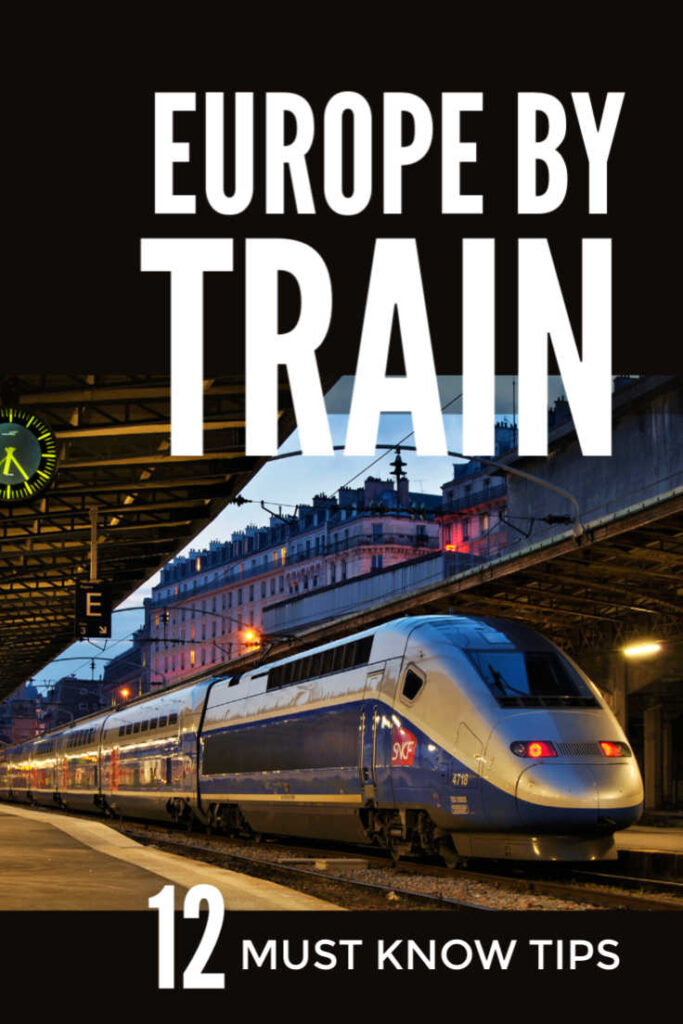 This is perhaps the most useful tip I have for you : bookmark the Deutsche Bahn timetable in your laptop browser.

This a timetable to almost every single train in Europe.

There are quite a few European train booking apps and sites around now but they will show you trains you can book on with them at that moment. So when you’re planning ahead you won’t see all the trains.

On the Deutsche Bahn timetable, you see everything.

European train companies like airlines have booking windows. They can be anything from 3 months to a year.

On most Eurostar trains it is 6 months, but the ski train and the trains for Disneyland and the Med have longer windows.

Train ticket prices are almost always cheaper when the booking window first opens. So if your journey includes for example, a Eurostar train and a French SNCF train you should book the Eurostar train as soon as it becomes available to get the best price and then separately book SNCF when their window opens later.

There are increasing numbers of ticket booking apps and sites that let you book tickets on connecting trains across Europe in a single booking:

The booking apps are convenient but sometimes are more expensive than individual tickets bought direct from a national train company.

There are a number of simple ways to make European train travel cheaper:

The European train network has some really useful hubs just like the air network. Knowing your way around a few of these makes connections and longer European train journeys much easier, quicker and cheaper.

And you can actually make these hubs part of the holiday. Rather than hurtling to your end destination stop and enjoy these cities for a day or so on the way.

Paris is the obvious European train hub from the UK as travelling from St Pancras it’s the main gateway to the rest of France, Spain, Switzerland and Italy.

But these other key hubs are worth knowing :

European sleeper trains make much more efficient use of your time than planes. You hop on at bedtime and wake up at your destination.

And boy are they more romantic!!

The good news is that Europe’s night trains are expanding again. I’ve got a list for you here of:

These are cool for everything from simple family holidays and ski breaks to grand adventures right across Europe.

Trains can slash our carbon emissions on mini breaks from London by over 90%. That’s a real immediate difference we can make to reduce global warming this year.

And mini breaks by train aren’t just about Paris and Amsterdam, there are loads of wonderful places to be reached easily via Eurostar trains from royal palaces, Loire chateaus, Champagne vineyards and dutch canals through secret beaches and national park waterways in Holland to the battlefields of the Somme.

This is the real Europe you don’t get to see by plane.

For simple ideas try these : 10 Dutch Weekend Breaks By Train.

There are more and more options for skiing by train from London including:

Short ferry connections combined with trains provide a much lower carbon way to reach some of Europe’s loveliest islands. Key connections to know about include :

If you’re determined to cut your carbon emissions and travel to a specific place by train you need to check out the rail travel encyclopedia that is : The Man In Seat Sixty-One.

He has detailed tips on how to get everywhere by train.

There are an increasing number of travel companies offering package holidays in Europe by train. If you would rather someone else did all the booking for you check out these :

My final tip for travelling by train in Europe is simple : share your trips.

The more we all share pictures and stories of our train trips across Europe, the more it becomes the new normal.

Before we know it we’ll all be hopping on and off trains in Brussels, Rotterdam, Lyon & Milan, dropping off on the Vienna sleeper and discovering all sorts of wonderful small towns across the length and breadth of Europe that we’d never see by plane. 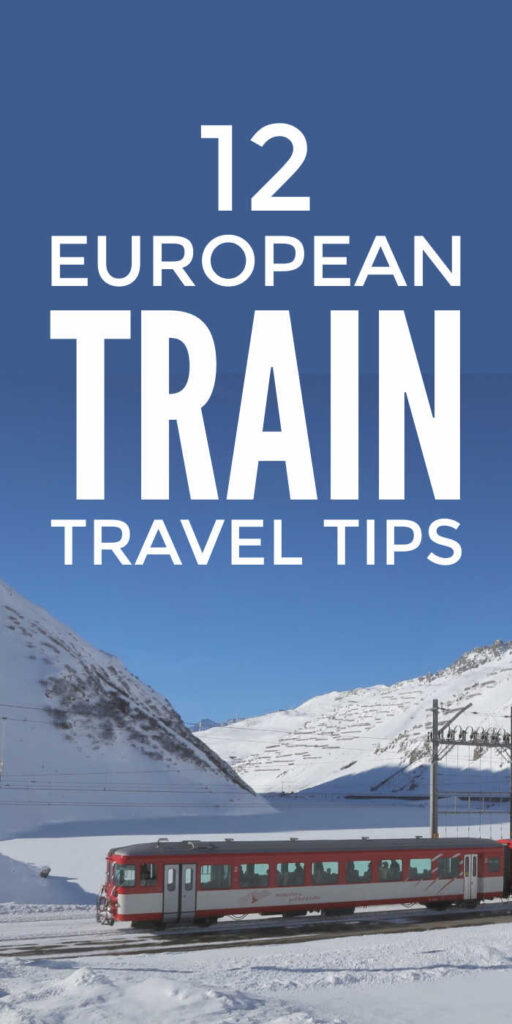 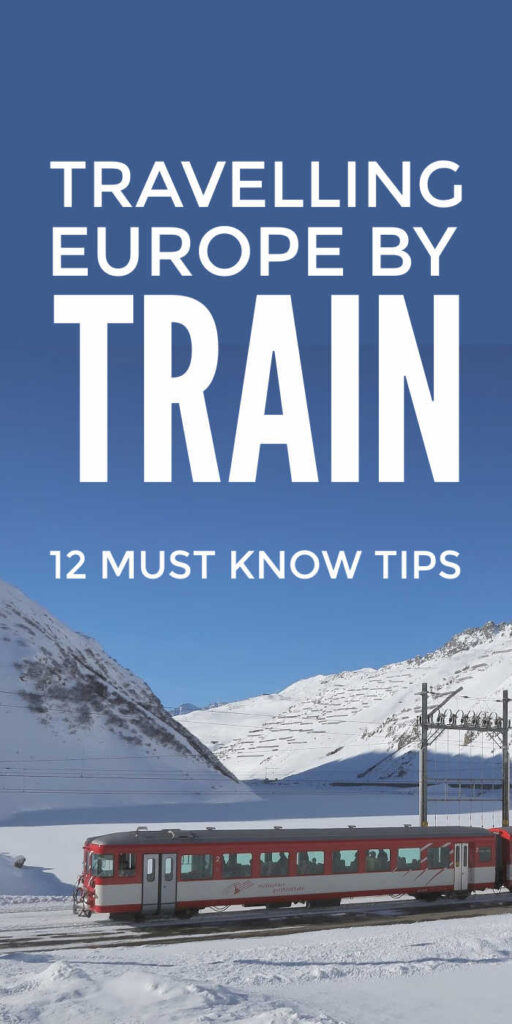 Book a train trip today and share your journey with the world.

I’ll be sharing lots more of my train journeys too, so for easy ideas for both family holidays, big adventures and weekend breaks do follow me on Pinterest.