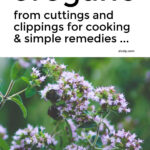 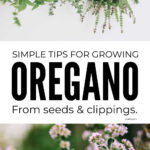 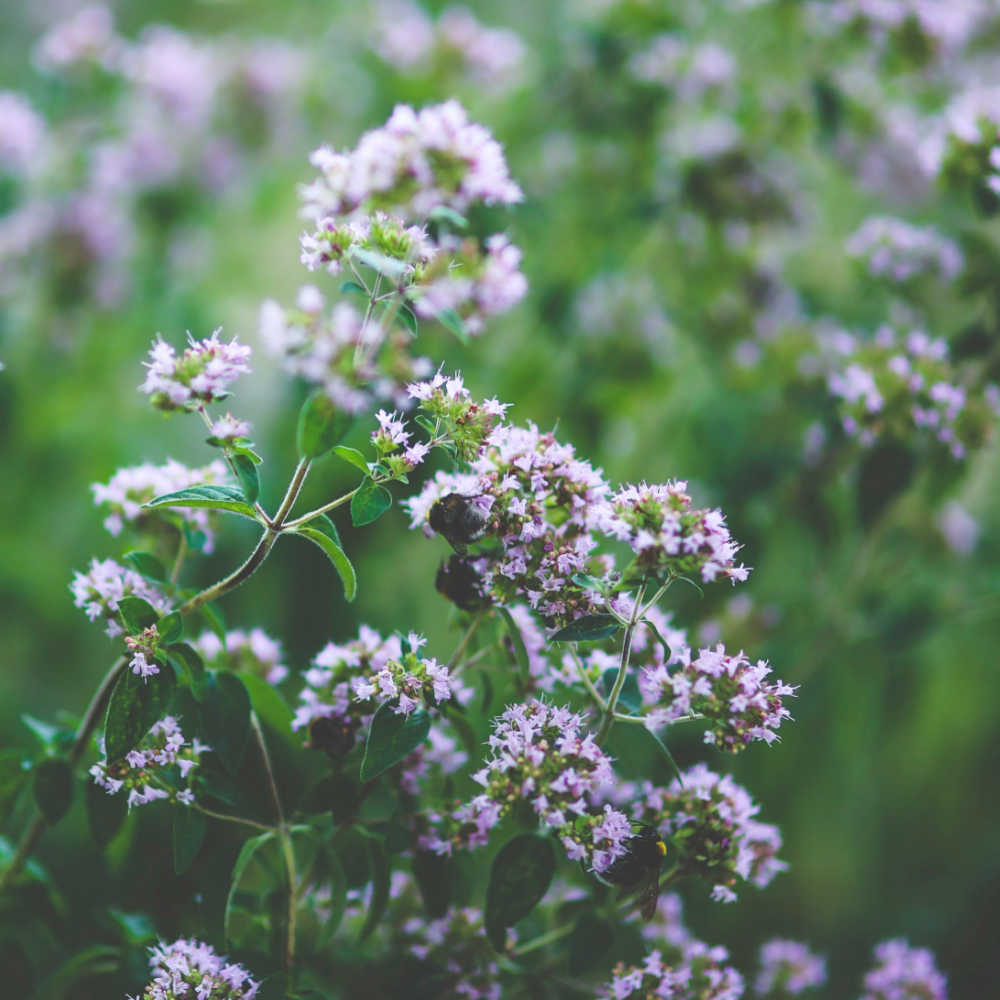 Oregano is easy to grow in pots and containers indoors and outdoors not only for cooking but also for quick natural remedies as it is a brilliant natural antibiotic and antihistamine.

Oregano is not hard to grow from seed but is very easy to grow quickly in water from any little cuttings and clippings you can blag from friendly herb growing neighbours.

As oregano is so delicious, healthy and easy to grow, it really is a must iin every herb garden. In this post, I’ll take you through everything you need to know about how to grow oregano easily from cuttings and seeds.

There’s lots of detail so do bookmark or save the post for later reference but if you just want the headline points on how to grow oregano from either cuttings or seeds whizz to the bottom for a quick summary of all these oregano growing tips.

The health benefits of oregano are wide ranging as it is both a natural antibiotic and natural antihistamine.

You can grow oregano to use as a simple medicine and home remedy for all sorts of minor conditions and ailments:

Oregano has also been shown to have antioxidant and antiviral benefits and some research indicates oregano can help manage diabetes.

You may see various types of oregano seed on offer but it is best to stick to growing either what is usually known as Greek oregano (origanum vulgare subsp. hirtum) or marjoram (origanum majorana).

Some other oregano plants are ornamental rather than edible and some plants called oregano – Mexican oregano, Cuban oregano – are not actually oregano at all.

Where To Plant Oregano

Oregano As A Companion Plant

Oregano grows well with other herbs that like sunshine and fairly dry, poorer soil such as thyme and rosemary.

Benefits of Oregano In The Vegetable Garden

Oregano can be very useful in your vegetable garden especially if you want to garden more organically as it attracts:

Fragrant oregano can also help camouflage the smell of for example carrots to help protect them from the carrot fly.

When To Plant Oregano

Oregano can be planted outside in spring after the last frost date in your area. In my experience oregano plants can cope with some drops in temperature outdoors during the spring as long as they are in a sunny spot.

But oregano seeds do germinate better at warmer temperatures around 20 c / 70 f so if you want to get ahead of the game plant seeds indoors in February or March or even quicker grow oregano from clippings and cuttings in water.

How To Grow Oregano From Clippings & Cuttings In Water

The quickest and easiest way to grow oregano – and mint – to start a herb garden is to blag a few clippings and cuttings from neighbours and re-root them in water.

All you need to do to start growing oregano from cuttings in water is:

Oregano is a sunshine loving summer perennial and dies back over winter to come back next year but even here in London my oregano plants have new growth suitable for cuttings and clippings available from late February so do ask around amongst gardening friends in early spring.

Oregano like rosemary and thyme is very happy growing in pretty poor soil.

Here in south London I am growing in a thin gravel layer on top of clay in what was the Lambeth marsh – so definitely poor soil – and oregano does fine. So the best soil for oregano growing is not rich compost and the soil definitely doesn’t need feeding with extra nutrients.

How To Grow Oregano From Seed

If you can’t get hold of oregano cuttings and clippings you can easily grow oregano from seed:

Seeds can take 10 to 21 days to germinate but will germinate quicker in warmer soil so covering the seeds with a transparent plastic covering of some sort can speed up germination.

How To Grow Oregano Indoors

Growing oregano indoors whether from cuttings or seeds is definitely a good way to:

If you don’t have anywhere outdoors to grow oregano, you can grow oregano easily indoors all year round by just making sure to :

How To Grow Oregano Outdoors

If you do have outside space, it makes sense to grow oregano outdoors in spring and summer because of its companion planting benefits for your vegetable garden and because if you start using oregano for its health benefits you really can get through plenty of it.

Almost all you need to remember to grow oregano outdoors is to make sure it gets plenty of sunshine.

Even if you grow oregano outdoors, I would still recommend you grow it in pots and containers as most other plants – or at least vegetables – will not be happy in such dry, neglected soil.

How To Grow Oregano In Pots & Containers

If you start growing oregano from clippings in water, you can transfer your cuttings once there is an inch or so of root growth. Unlike mint that will happily keep growing in water, your oregano is better transferred once it has some root.

Common oregano won’t grow more than 50 cm / 20 inches so it doesn’t need an enormous pot or container. A 30 cm wide pot will allow you to grow a healthy oregano bush that keeps coming back year after year.

I find that oregano does well in traditional clay pots as they retain the warmth and help the soil dry out a bit quicker after rain which even in summer can be an issue in London.

How Often To Water Oregano

Common oregano and marjoram are natives of the Mediterranean summer so they really do grow well without much water.

Only lightly water your oregano when the soil is actually dry.

How To Prune Oregano

Oregano grows back every year so you need to prune the old growth back in autumn or in later winter, early spring.

Simply cut off at the base all the old stems. If you do leave pruning till later winter these will be very clear to see as they are dry and grey brown.

You will get some fresh growth on last year’s stems but for a healthy plant it’s usually better to cut everything back.

If you are growing in a warmer climate with very mild winters your oregano may keep going most of the year in which case you need to prune it by a third in early spring and after flowering or harvest.

How To Harvest Oregano

You can harvest oregano as you need it for cooking and natural remedies on a cut-and-come-again basis throughout spring and summer.

Harvesting oregano regularly and cutting whole stems down to the soil will stimulate more growth and keep the plant healthy.

If you do want to harvest the oregano for drying you should harvest shortly before it is due to flower in the summer when the flavour is at its highest.

Oregano plants are pretty resilient to most pests and diseaseas.

The only common problem with oregano is fungal disease which can appear because the soil or plants are getting too wet.

To prevent fungal disease in oregano :

So we’ve now covered everything you need to know how to grow oregano easily from cuttings and seeds. To recap, these are the key points you need to remember …

I do hope you have success growing oregano from either cuttings or seeds. It’s really worth including in your herb garden as it is so easy to grow, tastes so good and is so useful in so many natural remedies.

For more simple herb growing tips do check out these posts:

Original image sources : Oregano in a small glass jar by Marco Verch, flowering oregano by rawpixel.com, hanging oregano by Home For The Harvest under Creative Commons 2.0. All other images by sloely.com