We’re all after last minute staycations in Britain right now but all the obvious UK staycation destinations i.e. Cornwall & Devon are well and truly booked up aren’t they?

So where on earth can we go for a really lovely last minute staycation in Britain that won’t be chock full of people?

Well I’ve got a whole bunch of brilliant British staycation ideas for you here including tips on how to get the best out of these places. 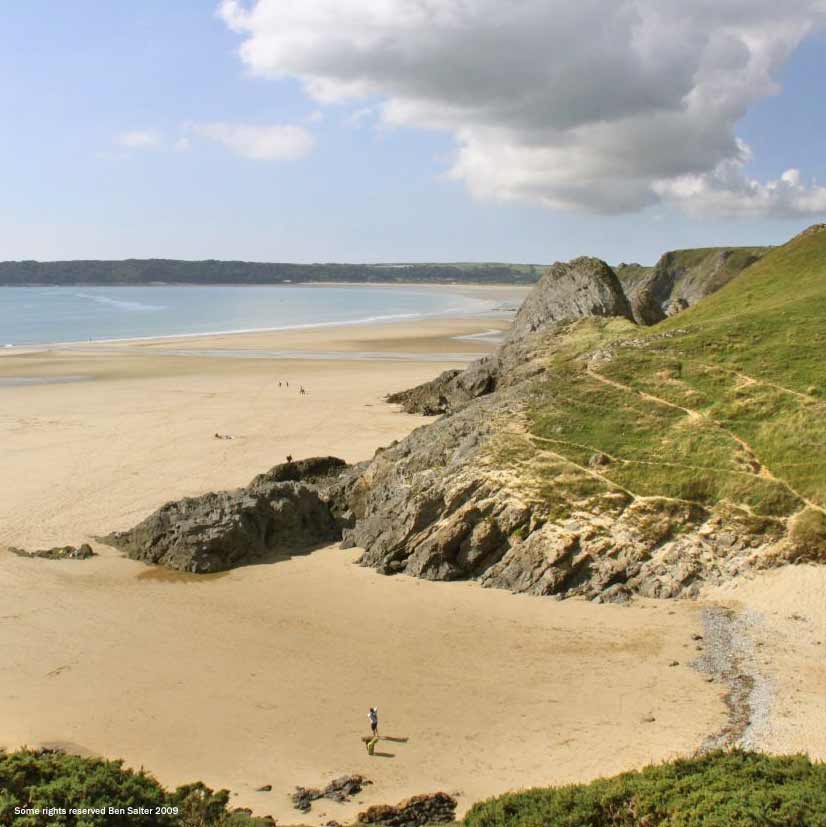 Last Minute Staycations in the UK

Northumbria truly does have just about everything you could possibly want from a British staycation:

And it’s only 3 and a half hours on the train from King’s Cross to picture postcard Alnmouth. 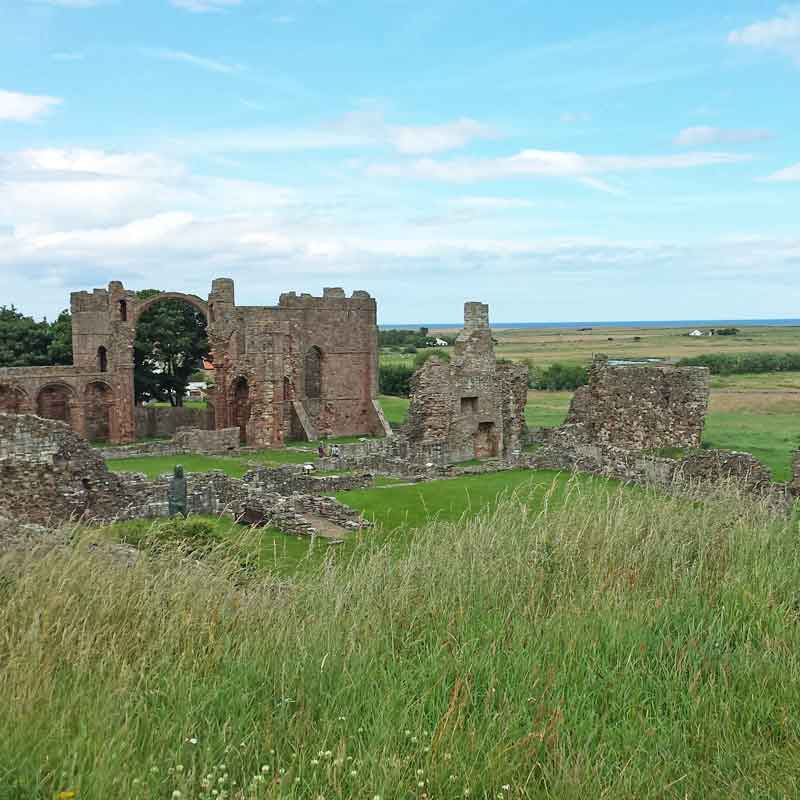 What’s not to like for a last minute staycation? But luckily the Northumbrians have kept it quiet, so it’s not busy. 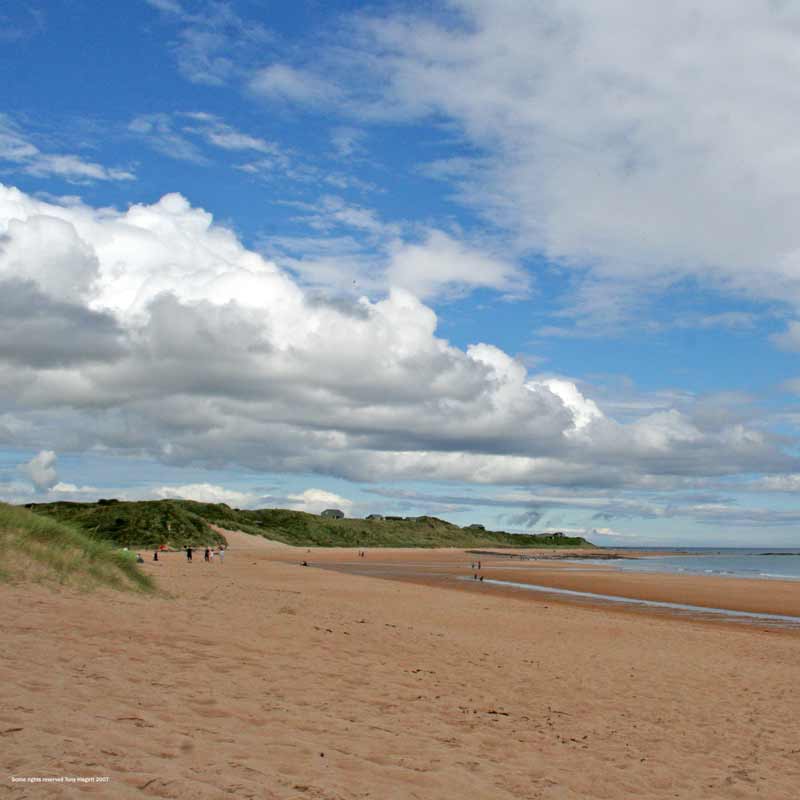 I reckon Beadnell Bay is the loveliest of the sandy beaches, particularly the southern Newton end. 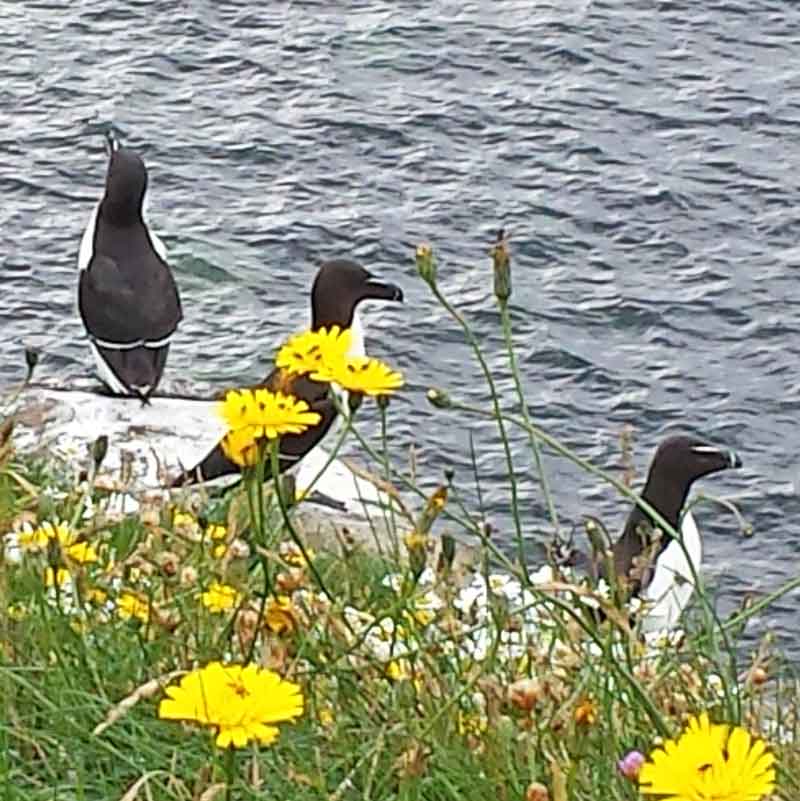 Or for an atmospheric cove with rock pools and a ruined castle, try the old fishing village of Craster.

We stayed last year and fell in love.

Obviously it’s not typically as warm as Cornwall – though last year it was scorching – but it’s often much, much drier, so you’re guaranteed more days on the beach.

Another of my favourite UK staycation spots is the Gower in south Wales.

I went here year after year as a kid and it didn’t disappoint when I went back as a parent. 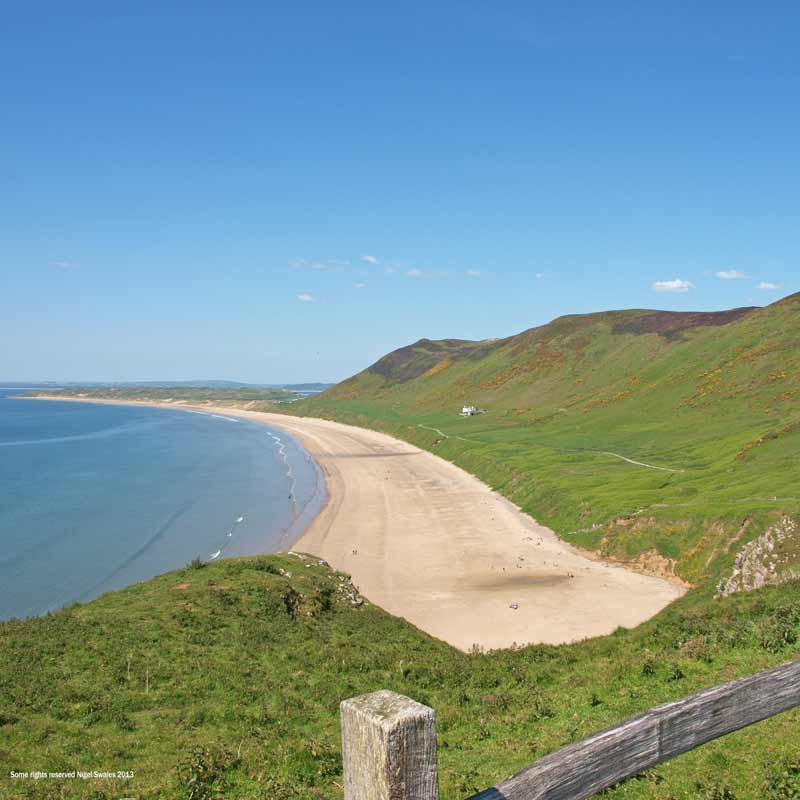 It’s got loads of stunningly, unspoilt sandy beaches backed by the most enormous dunes.

Rhossili and Oxwich are the most glorious – perfect spots for learning to surf – but the little coves between Oxwich and Port Eynon are also lovely.

Even if you can’t get accommodation right on the coast, you are never far from the beach so cottages and campsites in the middle of the peninsula re a good bet.

This year we’re off to southern Snowdonia for our staycation which I reckon has to be one of the most stunningly beautiful places in Britain. 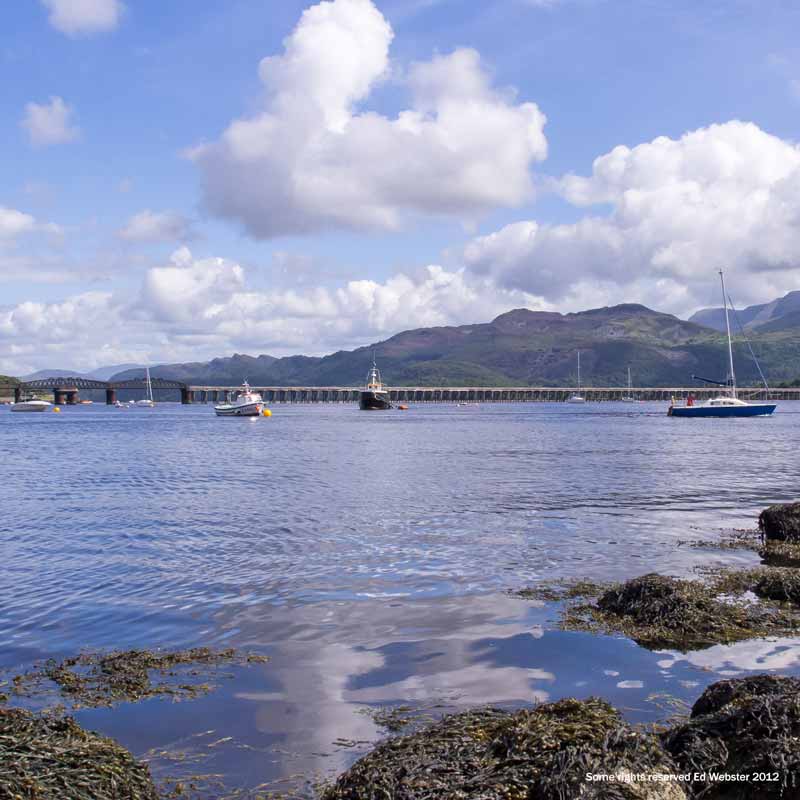 The view up the Mawdach estuary of the great slopes of Cader Idris is to die for. And in the Rhinogs you have some of Britain’s best – and least well known walking country. The hike around Rhinog Fawr to the Roman Steps is demanding but outstanding.

But southern Snowdonia is not just stunning mountain views and hiking.

There are also family seaside towns like Aberdovey and Barmouth where you can have a good old bucket and spade beach holiday or learn to sail plus majestic castles like Harlech and steam railways a plenty including the steam railway which inspired Thomas the Tank Engine. 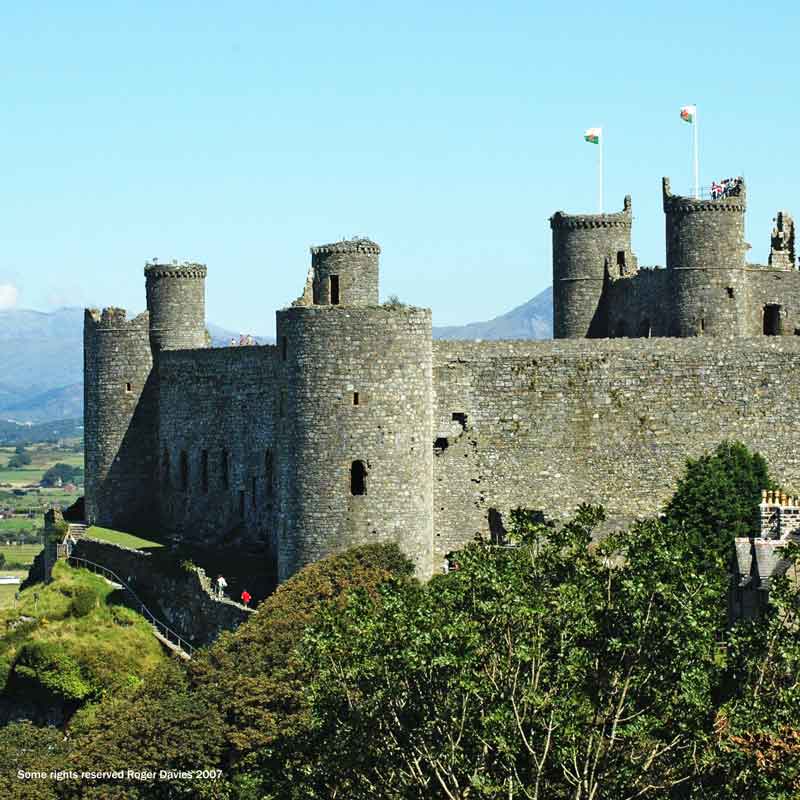 If you have got a little railway buff – or a Harry Potter fan! – in your family, the Yorkshire coast is another great bet for a last minute staycation.

There are miles and miles of rugged cliffs and coves and historic resorts like Whitby – of Dracula fame – from where you can join the North York Moors steam railway and ride on the Hogwarts express! 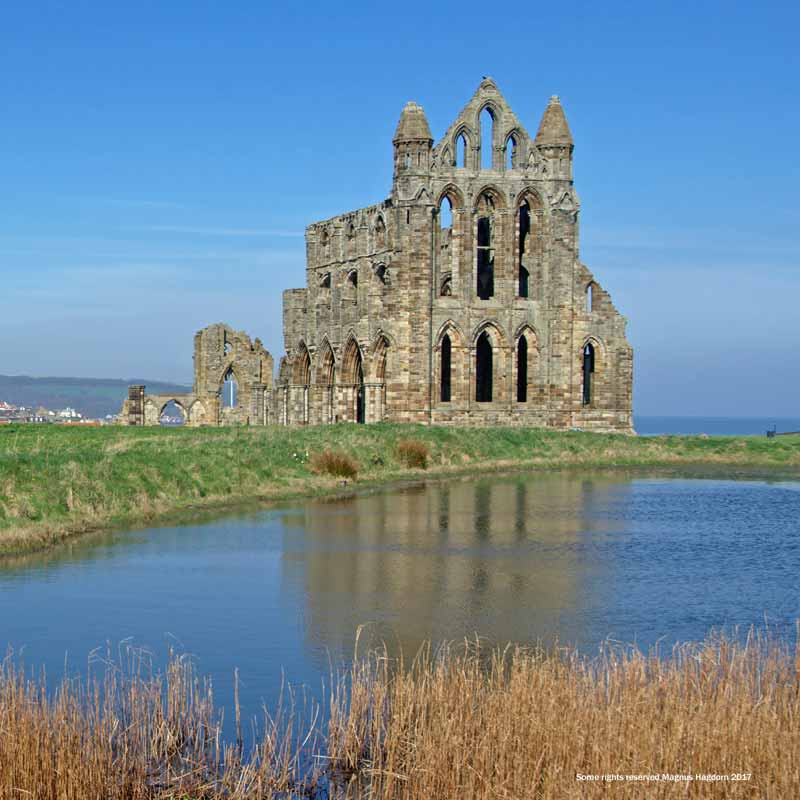 In addition to Whitby there’s a host of places to stay from well known Scarborough, Bridlington and Robin Hood Bay to tiny villages like Staithes.

And again if you are prepared to go inland just a bit into the gorgeous north York moors for accommodation, you can still find last minute staycations close to the beaches.

For a last minute staycation closer to London, we love north Norfolk.

Stretching from Hunstanton to Sherringham, it’s also got a string of gigantic sandy beaches. Holkham is our favourite. 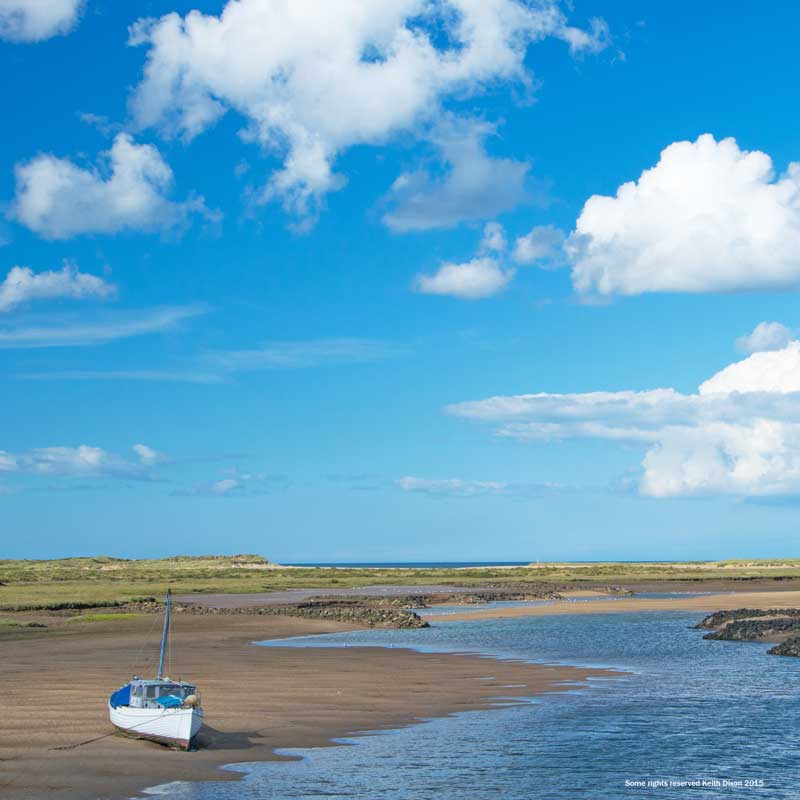 There are loads of villages to stay in along the coast or just a little bit in land. Norfolk is obviously a very popular staycation destination from both London and the Midlands so lots of places will be booked up.

But its worth following the Norfolk cottage companies on Facebook as they are getting plenty of last minute cancellations as people’s family plans change. We just picked up a last minute staycation booking this way. 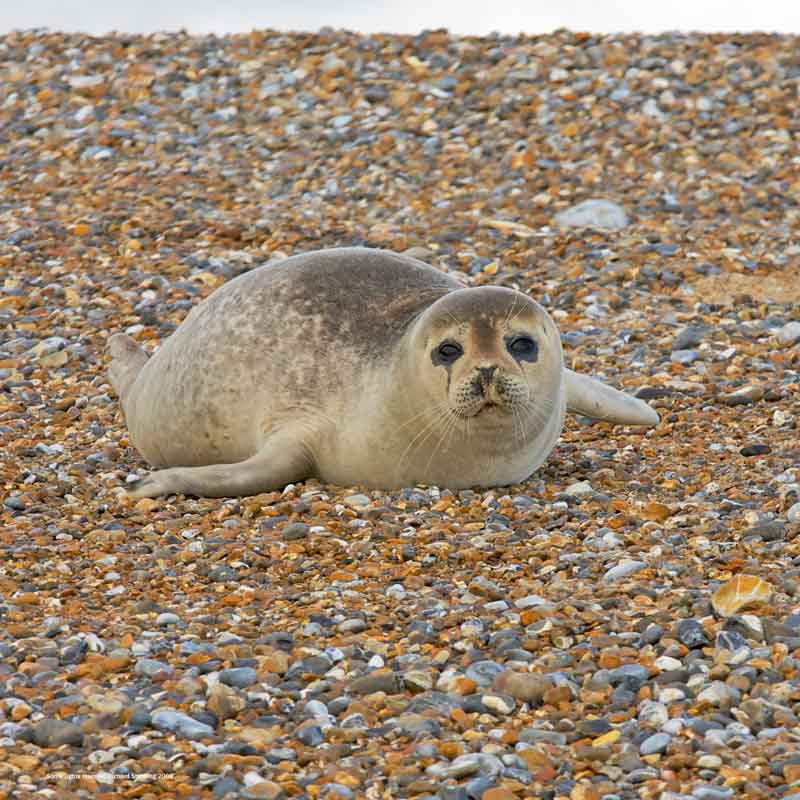 Another fabulous staycation option closer to London is Suffolk and particularly Southwold and Walberswick. 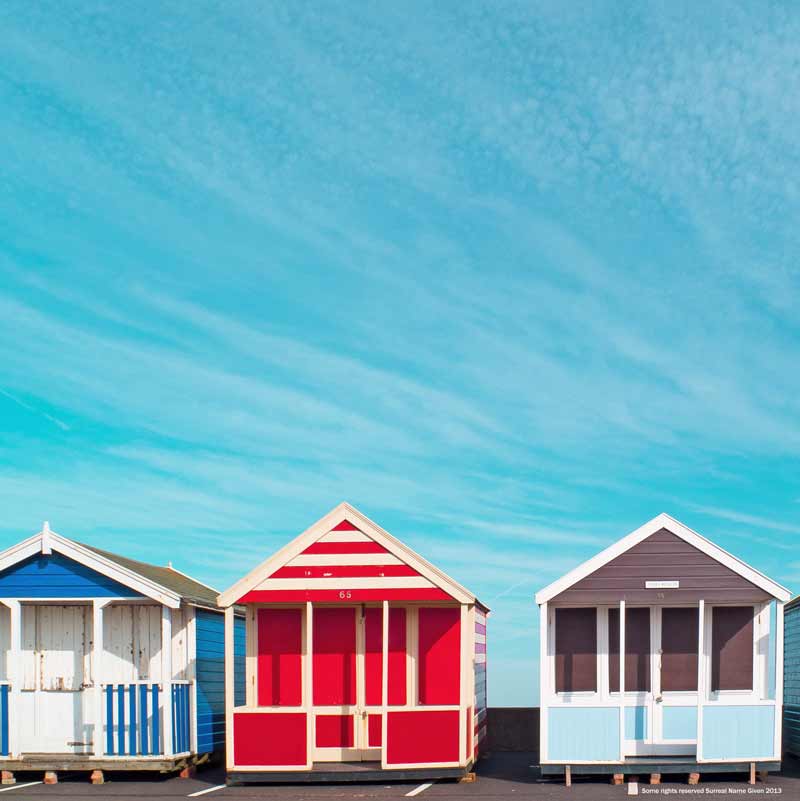 They’re right next door to each other either side of the River Blyth and there’s a tiny ferry between the two.

Southwold is a good old fashioned seaside resort with a sandy beach, pier and lighthouse plus Adnams lovely brewery!

Over the river Walberswick is a tiny village with a huge National Trust wildlife beach and the LOST town of Dunwich one of Anglo-Saxon England’s most important towns it vanished into the sea. 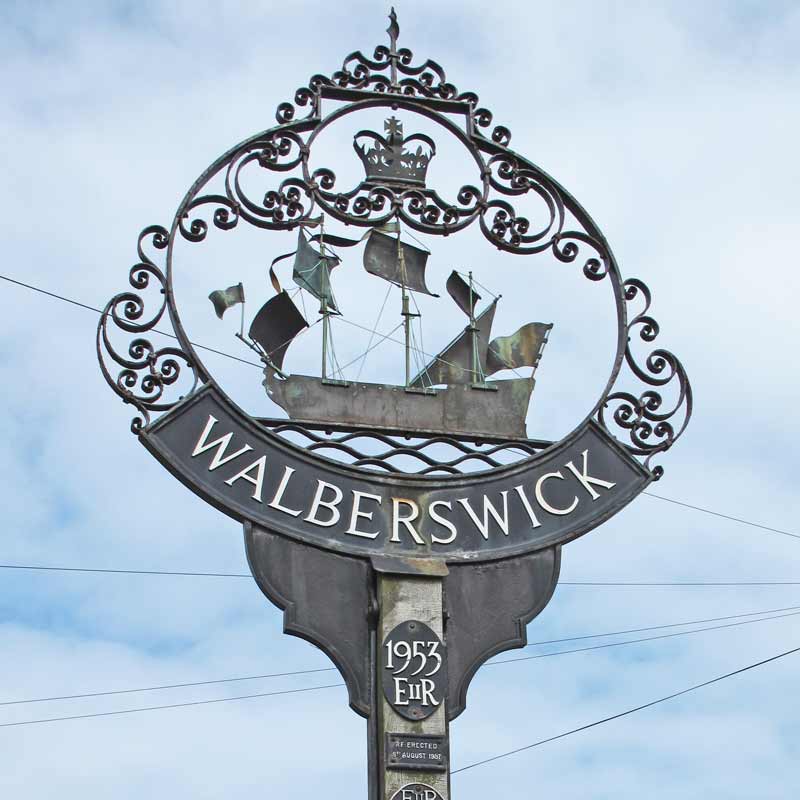 And a short drive down the coast there’s more amazing Anglo Saxon history at Sutton Hoo plus Orford Castle, mysterious – and spooky! – Shingle Street and the festival town of Aldburgh.

Southwold, Walberswick and Aldburgh are all popular British staycation destinations so they do book up early but again if you look just a little bit further inland to some of the lovely Suffolk villages, you can still find places to stay.

If you are after more adventure on your British staycation then head off to the northern most reaches of Scotland and the North Coast 500 route.

This amazing road trip covers the great wilderness beyond Inverness up to Scotland’s north coast with miles and miles of breathtaking coast, mountains, castles and lochs plus magical views north over Orkney.

For accommodation including wild camping all the way round the route and everything else you need to plan your trip check out the North Coast 500 guide.

So there you go seven very cool last minute staycations in Britain – that aren’t Devon and Cornwall! – and take you to some of the most beautiful parts of the country.

It’s been a hard year for all of us but I do hope you find somewhere you love for a British staycation this summer. 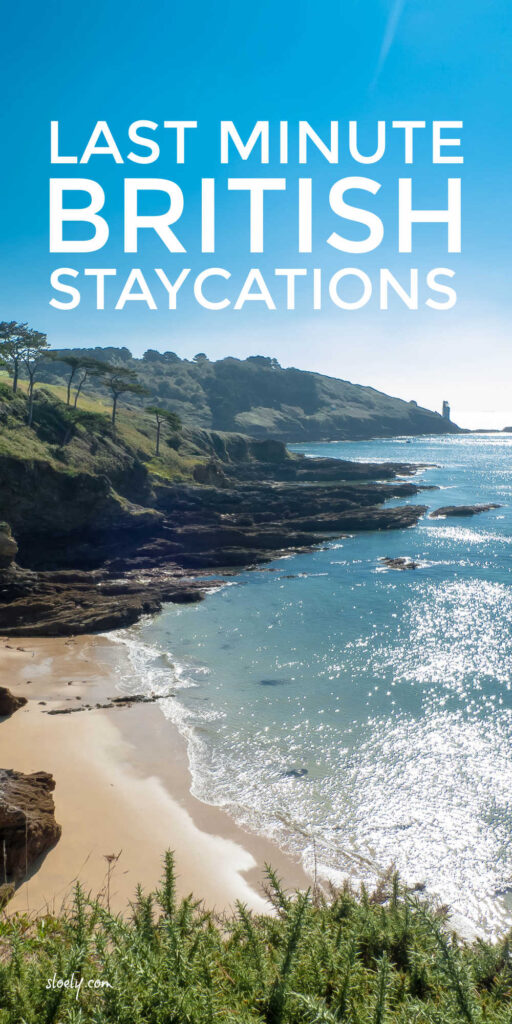 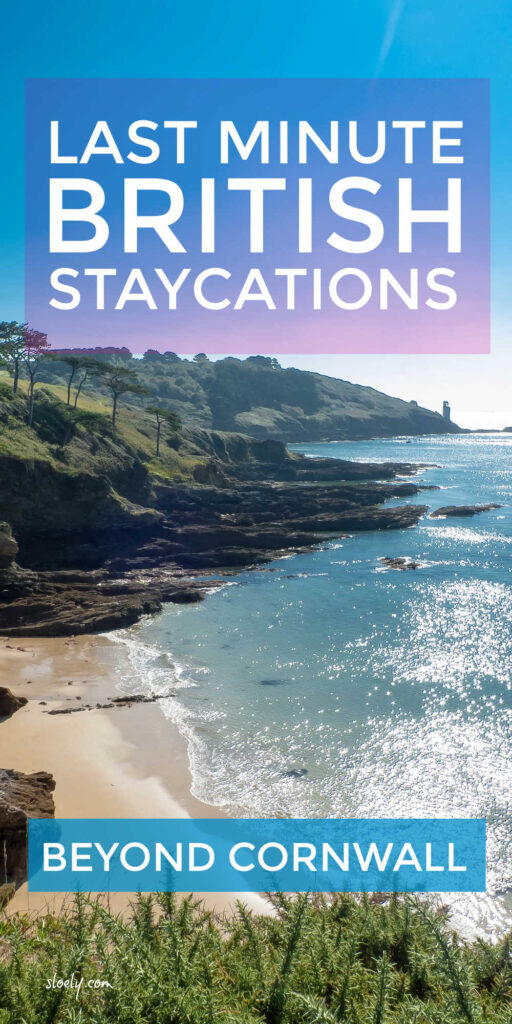