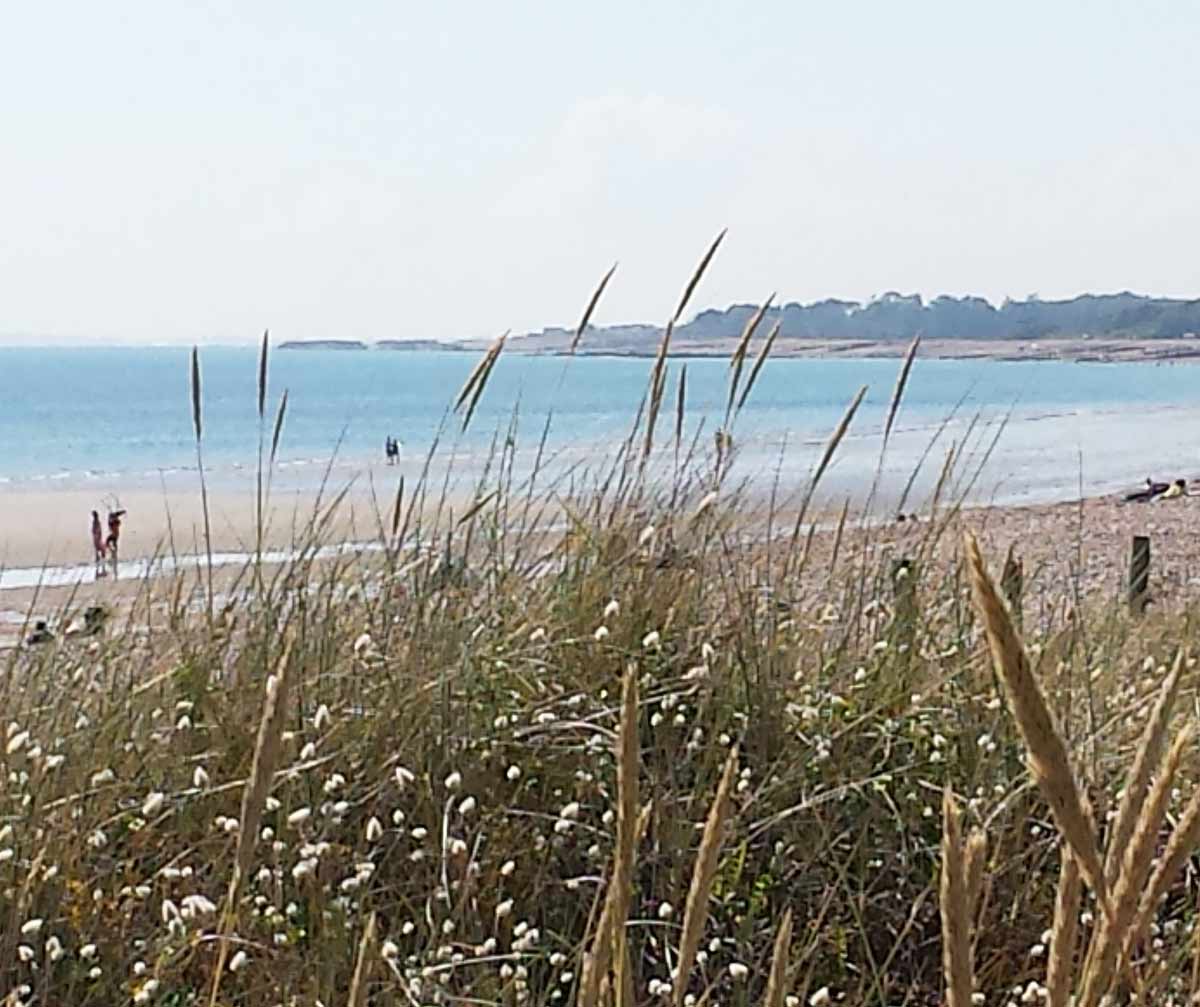 Littlehampton Beach could be our new favourite day trip from London. It’s certainly up there with Whitstable and Broadstairs. And has the advantage over Camber Sands that you can get there on the train.

There’s two beaches at Littlehampton separated by the river Arun which runs down from Arundel Castle.

Littlehampton’s East beach is good old fashioned family fun – similar to Viking Bay in Broadstairs – with a promenade behind it and a small amusement park. There are loads of places to eat including the famous architect designed East Beach Cafe. 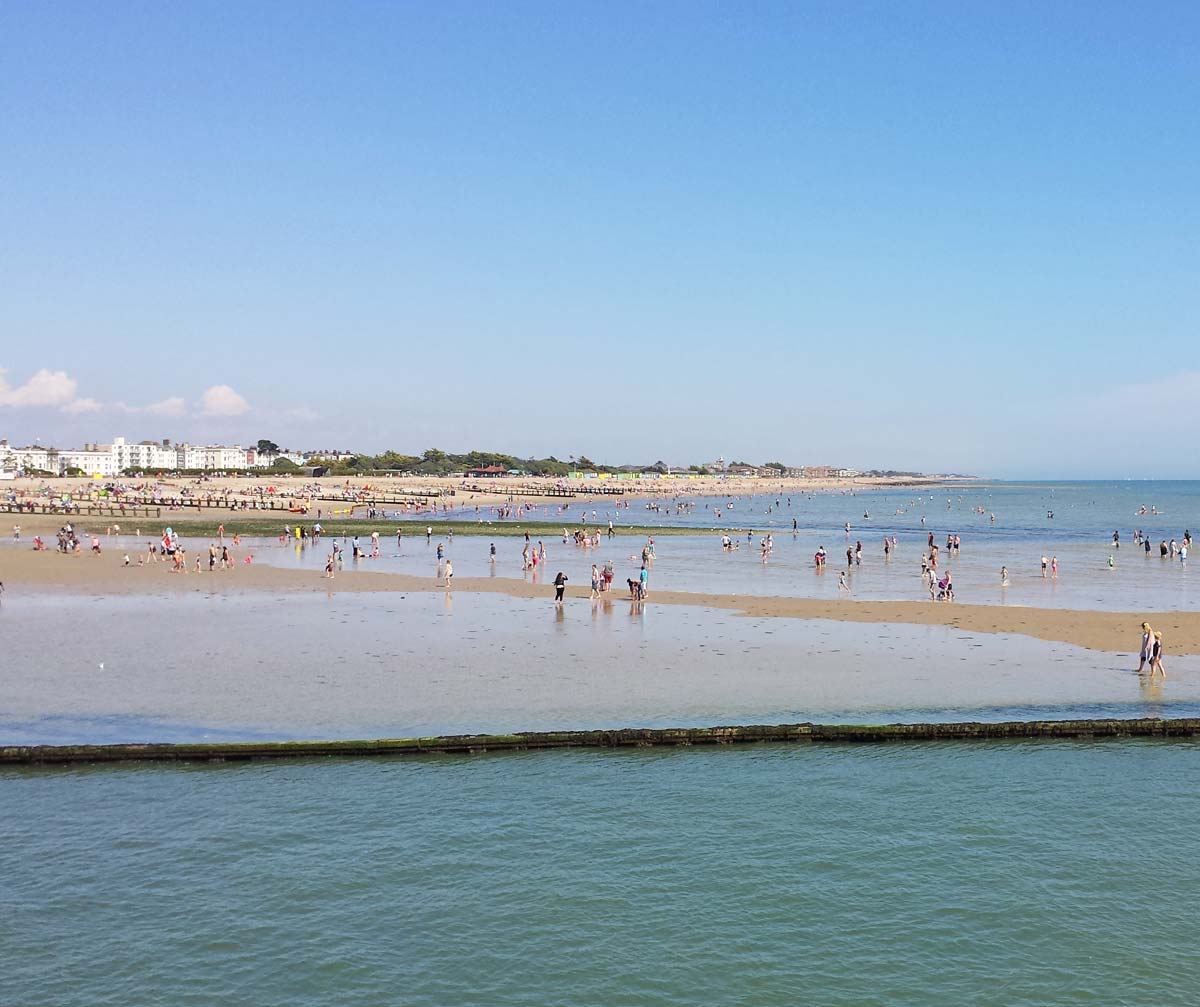 But we headed over the river to Littlehampton’s west beach which has a tiny cafe and loos at each end but is otherwise a nature reserve with lovely dunes behind it.

The top of west beach is shingle but it very soon becomes sand so you’ve got miles of sandy beach to build your castles on. On a very sunny Saturday in August it was in no way crowded.

By August even the English Channel had had a chance to warm up and we spent ages in the sea. When the tide is out at Littlehampton the water is very shallow for a long way out and so it is really easy for kids to splash and paddle. 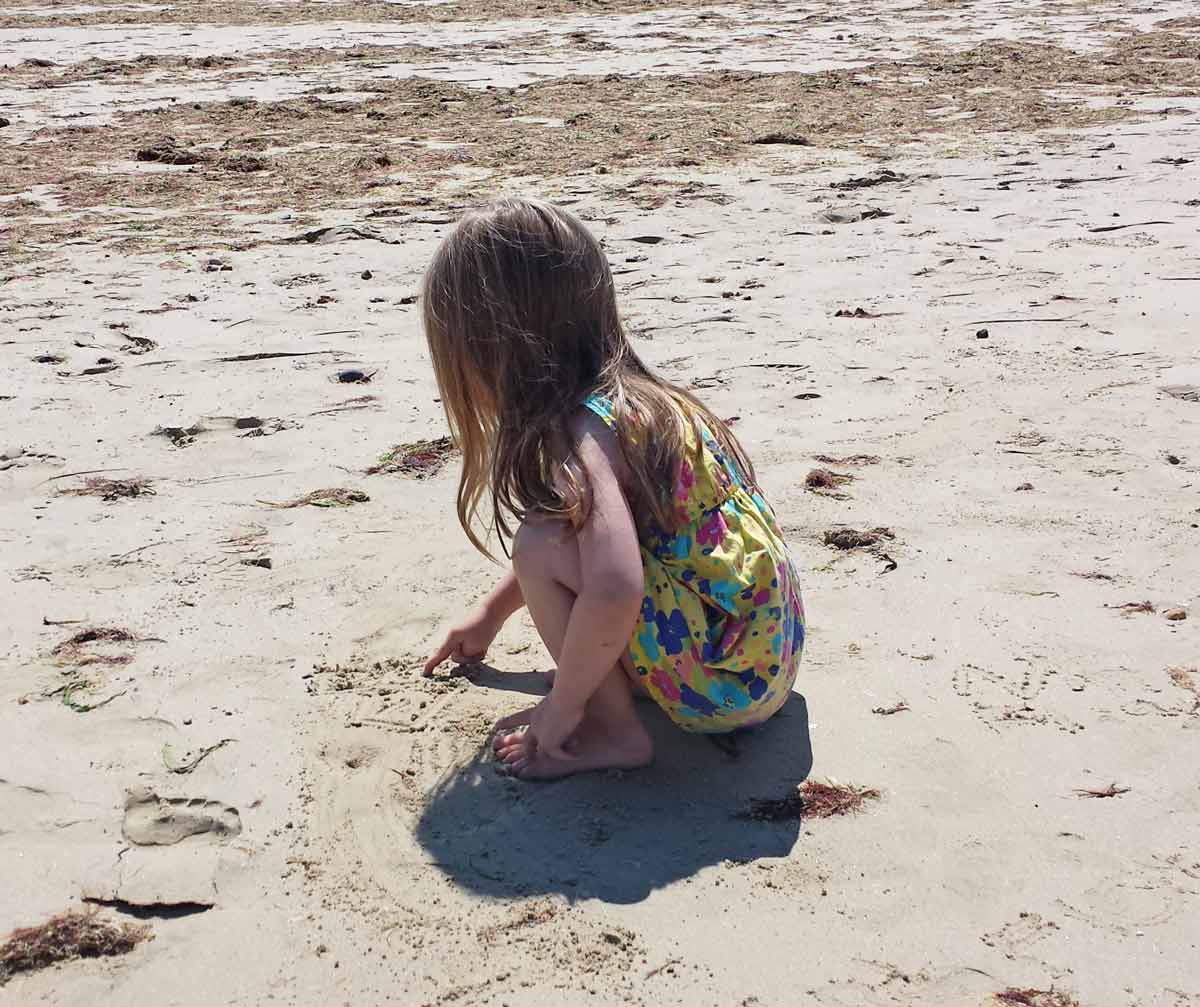 You do need to remember the Arun is a decent sized river and as always on the British coast be careful of under currents. As we discovered, the tide comes in right up to the shingle, so ended up having to move our stuff further up towards the dunes twice!

There are small car parks at either end of the beach, but we walked (and scooted) from Littlehampton Station which is just over a mile away. Cross Terminus Road when you come out of the station, (there are lights a little further up), walk down Purbeck or Terminus Place onto River Road and turn right away from the beach. By the Arun View Inn there’s a footbridge over the river. 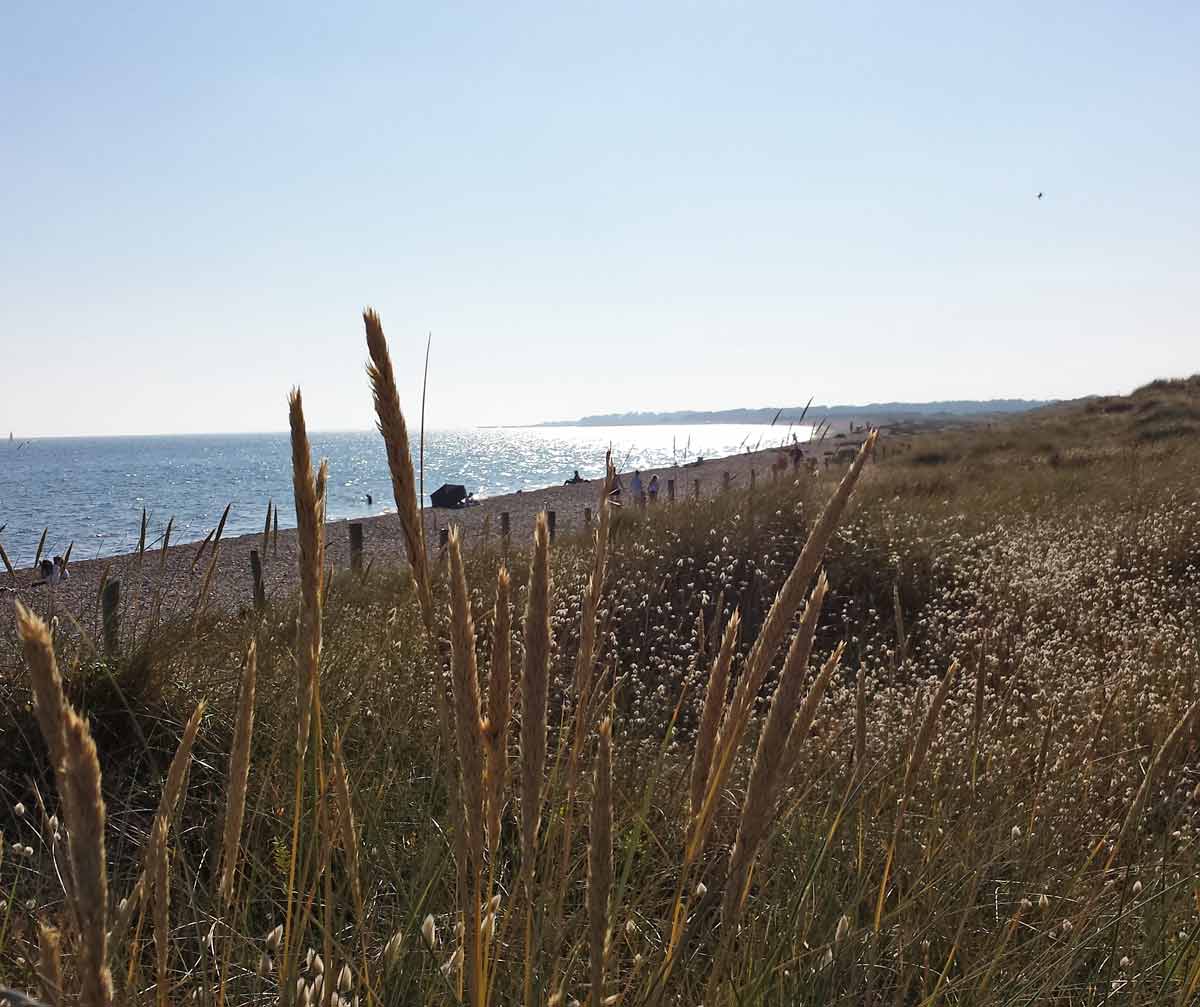 We took a massive picnic which lasted us until the end of the afternoon so only went to the west beach cafe for ice creams but they do fish and chips, scampi and chips, squid and even wine if you want to make an evening of it.

If you’ve driven and are feeling flush there’s also the fancy Bailiffs Court Hotel at the Climping end of the beach. We didn’t partake but it is meant to be stunning.

All in all we had a glorious day on Littlehampton beach – it really does make a great day trip from London – and hope to be back before the end of the summer.

We got the direct train from Victoria to Littlehampton station. It also stops at Clapham Junction. It takes 1 hour 40 minutes. Sometimes you have to change at Haywards Heath.

We just missed a direct train home and came back via Brighton which on a sunny day was definitely a mistake. We only just got a seat on the Brighton train which was noisy and rammed and only saved us 10 minutes.

With a family railcard it’s £45 return for 2 adults & 2 kids. But you can get much cheaper tickets if you buy in advance.

I hope you have a fab time in Littlehampton.