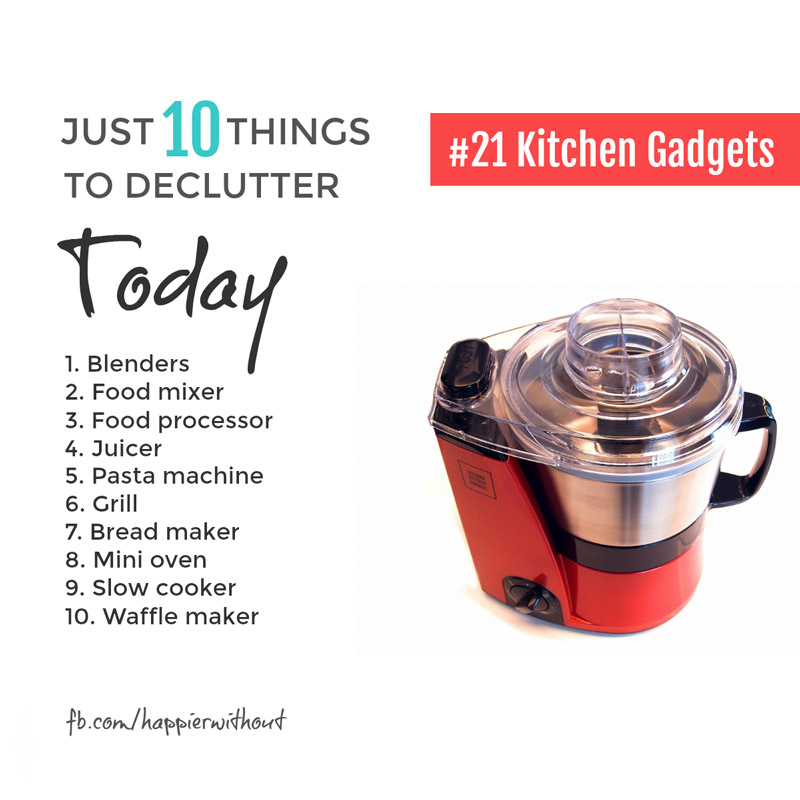 Some kitchen gadgets, we can’t live with out.

Personally, my Nutribullet is non-negotiable.

It’s the way I smuggle veg into my picky eater.

And souping has been a life changer for me.

But the forgotten mixer – still with a plug that won’t fit British sockets – NOT so much!

And we all have those don’t we?

That will transform our cooking.

Still in their boxes, heh mum?!!

And these babies aren’t small.

AND they weren’t cheap.

So we feel extra specially GUILTY about letting them go. But you know what?

Storing them unused is FAR worse.

I mean there’s all sorts of talk about recycling and zero waste and the like. BUT all those fancy unused gadgets in our kitchen cupboards actually do MORE damage to the planet.

It takes enormous amounts of energy to make them and ship them round the world.

THEN for us NOT to use them. That IS waste.

The BEST thing we can do is pass them onto someone who WILL use them.

So today we’re going to ‘fess up to the kitchen gadgets we’re NOT using. And let some go …

If you’re following along with my quick daily declutter, read on. BUT if you’re new do hop back and read how just 10 things can help you declutter easily.

As always we’ll stick to the just 10 things rules:

Obviously, you many not want to donate these.

And there’s no one in your family who might truly use them, do see if you can sell them.

To be honest I got tuppence ha’penny for it.

But it was old.

And selling it on to someone who WOULD use it got me over the guilt hump of failing to use for lets-just-not-say-how-many years.

And see what you can let go.

A big well done for anything  you do.

Remember, by passing on things you don’t use, you’re actually reducing waste.