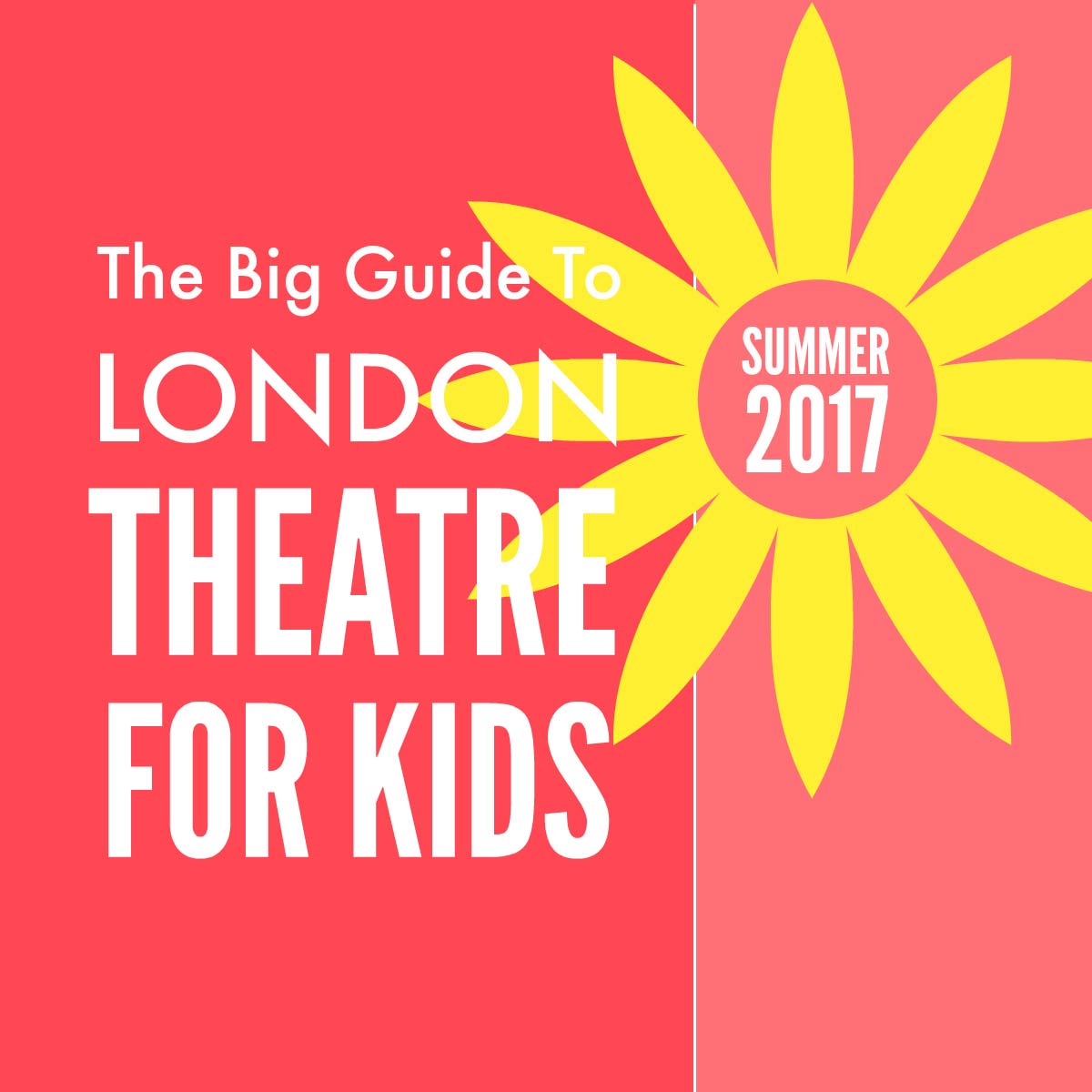 One of my absolute fave parts of the summer holidays is going to a kids theatre show.

There’s always so much brilliant theatre in London.

We really are spoilt, aren’t we?

And yet again this year there are some fab new kids theatre shows on just for the summer.

There’s a whole host of kids shows in the West End theatres.

But also some totally lovely smaller and local London theatre productions, that really give the West End shows a run for their money. 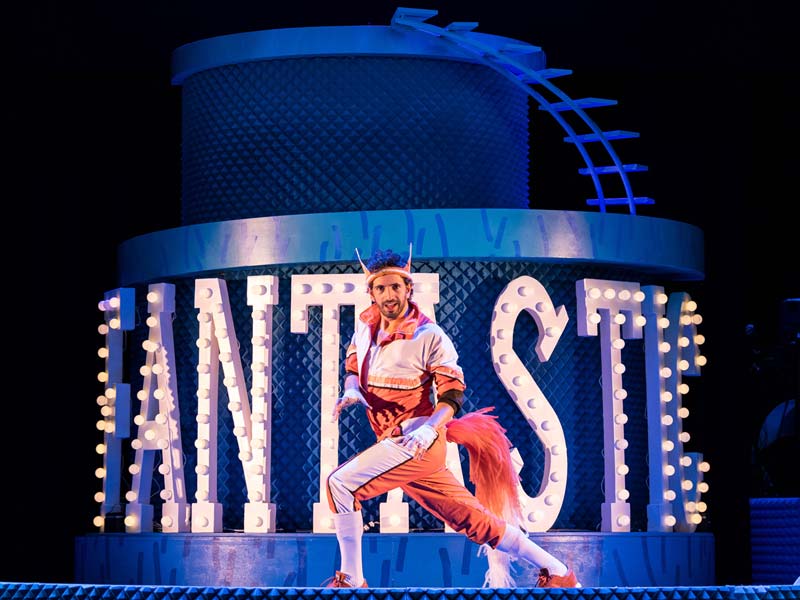 To help you find the perfect show for your kids, I’ve put together this massive list of kids theatre shows in London this summer.

And I know, I know London theatre shows can be so expensive!

So along with all the listings I’ve included at the bottom tips for getting cheaper tickets. Do keep reading and check these out.

The big new west end kids theatre shows in London for summer 2017 are:

Or for something completely different do check out the immersive Alice Underground at the Waterloo Vaults. We saw it last year and totally loved it.

We’re lucky to have a bunch of kids theatres in London, like the Unicorn and Polka, who do an amazing job of offering fab kids theatre shows all year round.

Over the summer, the Polka has an adaptation of Mary Norton’s classic book The Borrowers.

And the Unicorn has Double Double Act for older kids and Sensacional for littlies. 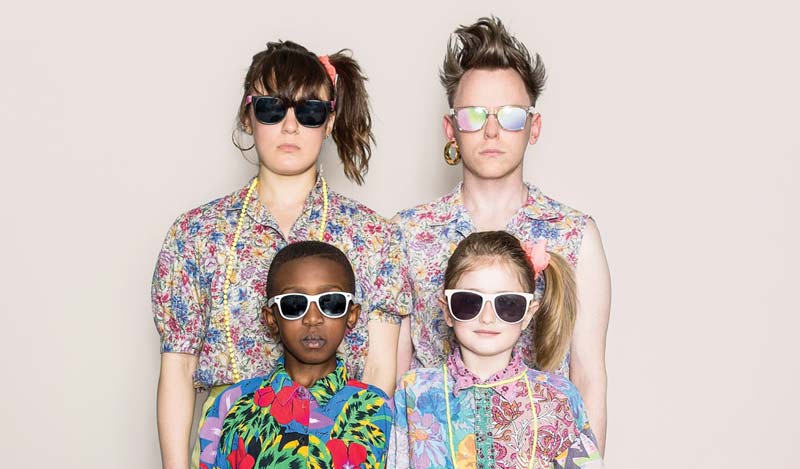 The Little Angel Puppet Theatre in Islington has a whole host of shows in rep over the summer including the fab Dogs Don’t Do Ballet and Red Riding Hood.

And the lovely Puppet Theatre Barge – which will be moored on the Thames in Richmond over the summer – has Aesop’s Fables and The Three Little Pigs.

The west end kids shows are cool but London theatre is not JUST the west end.

There’s so much innovative kids theatre going on elsewhere.

If your kids love Studio Ghibli films, for example, you have to know about Kiki’s Delivery Service which is coming back to the Southwark Playhouse. 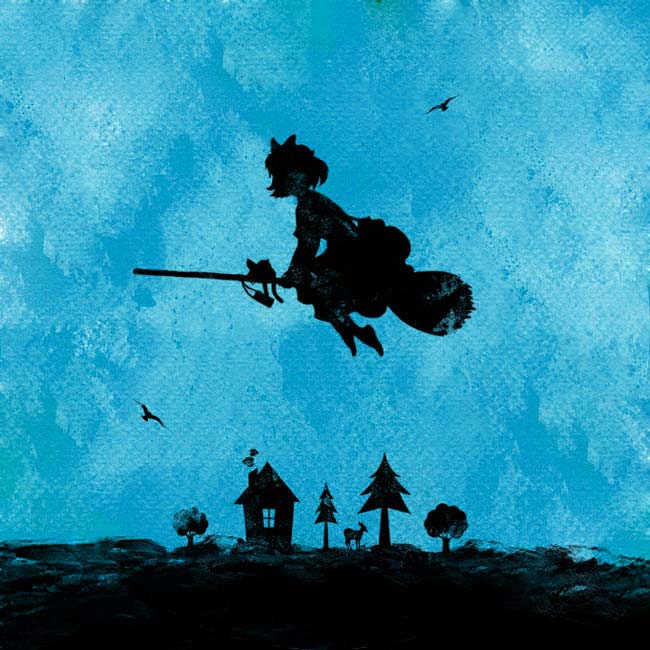 Similarly innovative is The Little Beasts at The Other Place – a musical the kids in the audience will actually help develop as the season goes on.

And for littlies Jumble Book. – an updated Jungle Book – at the wonderful Chicken Shed Theatre.

There’s also a bunch of other fab theatres further out with great summer kids shows including:

Plus at the Electric Theatre in Guildford, kids can actually perform over the summer in everything from Annie to Cinderella and Peter Pan.

Now, London’s weather isn’t exactly predictable but nothing beats an outdoor show in the summer.

The Iris Theatre has for the last 10 years put on promenade productions for kids in the grounds of St Pauls Church Covent Garden. And this summer has a cool new version of Hansel & Gretel.

And the beautiful Forty Hall in north London has outdoor productions of both:

Do also check out your local historic house – there’s over 30 in London! – for other productions.

6. Save Money On Kids Theatre Shows

We’re certainly not short on fab kids theatre shows in London this summer, are we?

There’s so much to pick from.

But as we all know London theatre can get pricey.

The biggest must know tip for saving money on kids theatre shows in London, is Kids Week.

Every year over the summer kids can go FREE with an adult paying full price.

There are some tickets for new shows. But also long running faves like Mathilda & Aladdin.

Unfortunately, tickets do go fast. So it is then a case of hunting for deals on ticket sites such as:

They’re not always the cheapest – you may get lucky and get cheaper tickets booking direct with the theatre – but they can have the best available for really popular shows.

For deals, it’s also worth checking out Little Bird on Facebook. They have some offers on smaller theatres, not just the West End.

And if you’re flexible about shows you can get last minute tickets in Leicester Square.

Finally, do check out your local amateur theatre.

We’ve seen brilliant amateur productions of Oliver and Wolves of Willougby Chase at our local amateur theatres for a fraction of the price of west end shows.

A massive list of kids theatre shows in London this summer. Plus tips for cheaper tickets.

If you found it helpful do share with other Londoners.